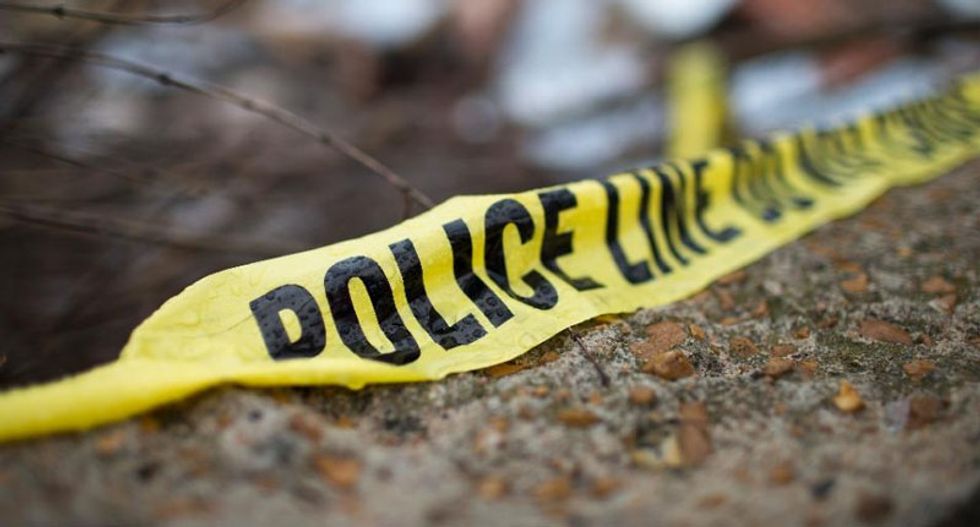 Three boys were found stabbed to death in the backseat of a sport utility vehicle parked across from a Los Angeles elementary school on Wednesday, and a man sitting in the front with stab wounds was taken to a hospital, police said.

Police Chief Charlie Beck said the slain children, aged 8 to 12, were not believed to have attended the school, Dolores Huerta Elementary, in a mostly poor southern part of the city.

"It is a sad day in Los Angeles made only slightly better by the fact that we have a probable suspect in custody," Beck told reporters at the scene.

Beck declined to say if the man found in the vehicle with stab wounds was the suspect, and he could not confirm whether the wounded man was the father of the three boys.

A passer-by called police after noticing someone inside the SUV was injured, authorities said. When officers and firefighters arrived, they found the boys stabbed to death in the backseat.

Beck said the man with stab wounds was removed from the vehicle's front seat. He was taken to a hospital in serious condition, said Los Angeles police spokesman Jack Richter.

Local television stations showed images of the SUV with its two front doors open and a white tent set up on poles above its back end, as detectives combed through the scene.

"At this point, detectives have developed evidence which leads them to believe that we have the suspect in custody," Beck said. "We do not believe that there are outstanding suspects in this matter."

Los Angeles City Councilman Curren Price, speaking alongside Beck, expressed sadness at the gruesome discovery and that it occurred near a school attended by children "full of life, full of vibrancy."