Trans woman denied Louisiana driver’s license for wearing a dress and makeup: 'You are actually man' 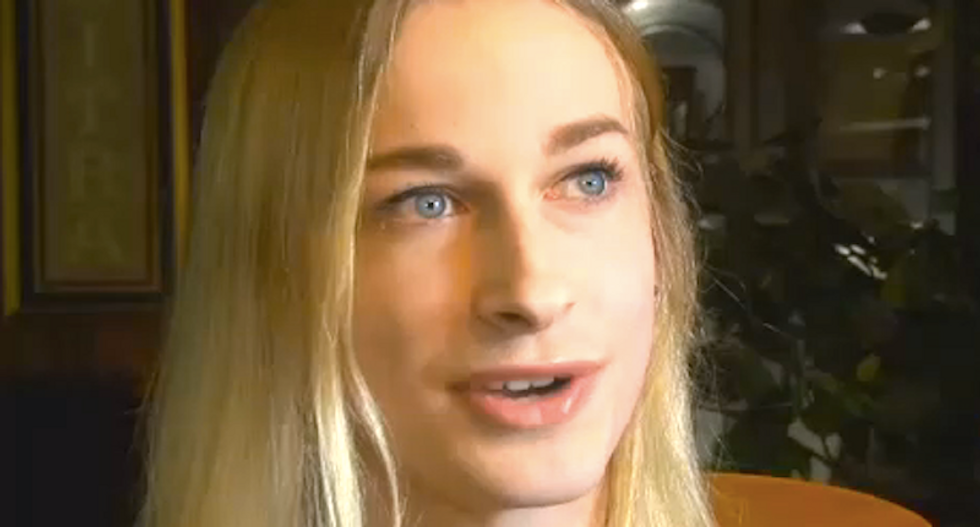 A transgender woman was denied a Louisiana driver's license last week because she did not look like a man.

Alexandra Glover was born male, as her birth certificate and previous identification card indicate, but she identifies as a woman and dresses like one, reported WAFB-TV.

"It's such discrimination that you just feel powerless," Glover said.

She went Friday to the Office of Motor Vehicles in Baton Rouge to update her license, and a clerk ordered her to change her clothing before she was photographed.

"If you have makeup on or anything like that, you're supposed to take all that off, because you are actually man," the clerk said in video recorded by Glover.

The state's commissioner of motor vehicles defended the clerk, saying employees cannot take photos of "someone who is portraying themselves to be somebody they are not."

Stephen Campbell, the commissioner, pointed to a 1986 state law that prohibits applicants who are purposefully "misrepresenting" their gender or identity, saying the potential confusion presents a safety concern.

"This is all based on the law enforcement need to identify someone if they're stopped as a result of a traffic infraction, if they're involved in a serious crash," Campbell said. "If someone has taken a picture and altered it to look like a female, and (law enforcement and EMS) got a deceased person there with a document in their back pocket that say they're male or female and they appear to be the other, that's terribly confusing and can lead to a whole host of things."

Glover, however, argues that she looked the way she does every day, saying that she would have looked different if she removed her makeup for the ID card -- but Campbell disagreed.

"In this case, the individual was clearly was appearing to be female and was making himself up to be female in spite of the fact that his driver's license was (issued) to a male," Campbell said.

The commissioner could not explain how clerks identified what a man should look like, saying the state had no specific guidelines.

The standard must be open to interpretation, Glover said, because she previously obtained a driver's license despite identifying as a woman.

"My hair was shorter and I didn't wear as much makeup as I do now, and I'm guessing they thought that was more socially acceptable," she said.

The state allows gender changes for driver's license, but only with proof from a physician that an applicant has successfully undergone gender transition.