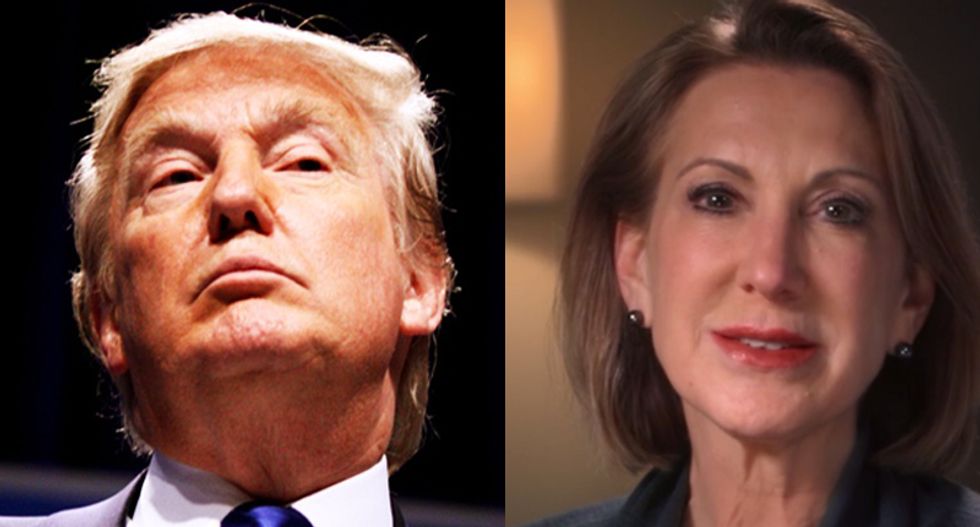 Trump tweets attacks against Fiorina, new No. 2 in poll (VIDEO)