Trump promises 'large segment' of taxpayers will have zero rate 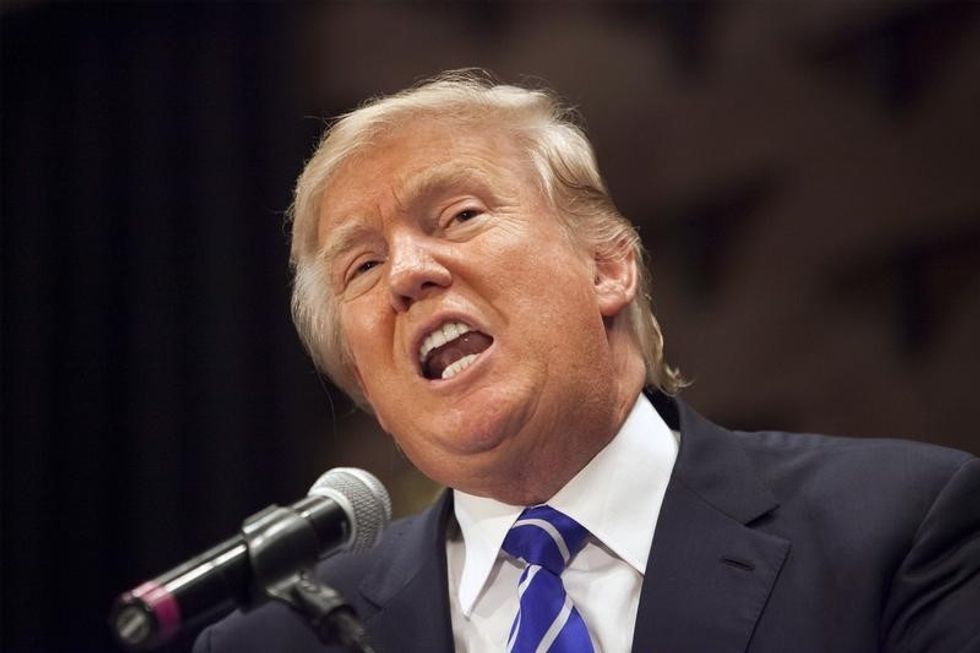 Republican presidential front-runner Donald Trump said in an interview that aired on Sunday on the eve of the unveiling of his tax plan that a "large segment" of U.S. taxpayers would have a zero rate if he wins the White House.

Trump's campaign has scheduled a news conference for 11 a.m. on Monday in New York to announce a tax policy it said would offer "a major tax reduction for almost all citizens and corporations, in particular, those in the middle and lower income classes."

Pressed about the specific numbers during an interview on CBS' "60 Minutes" on Sunday, Trump said: "I will say this, there will be a large segment of our country that will have a zero rate, a zero rate. And that's something I haven't told anybody."

Trump added he was talking about "people in the low-income brackets that are supposed to be paying taxes, many of them don't anyway."

Saying the middle class was "being absolutely decimated," Trump promised middle-income earners would get a substantial tax cut under his plan. He added his corporate tax reduction would be "a great incentive" for companies.

"I'm a pretty good Republican," added Trump when asked about the party's general opposition to tax increases. "But I will tell you this, I do have some differences. I don't want to have certain people on Wall Street getting away with paying no tax."

In an interview last month on CBS' "Face the Nation," Trump said that under the current tax system, many hedge fund managers were "getting away with murder" by not paying their fair share of taxes.

His overall tax plan, Trump told "60 Minutes" was "going to be a tremendous incentive to grow the economy and we're going to take in the same or more money."