Trump rails at Jeb and Rubio: They say they love each other, but it's 'political bullsh*t' 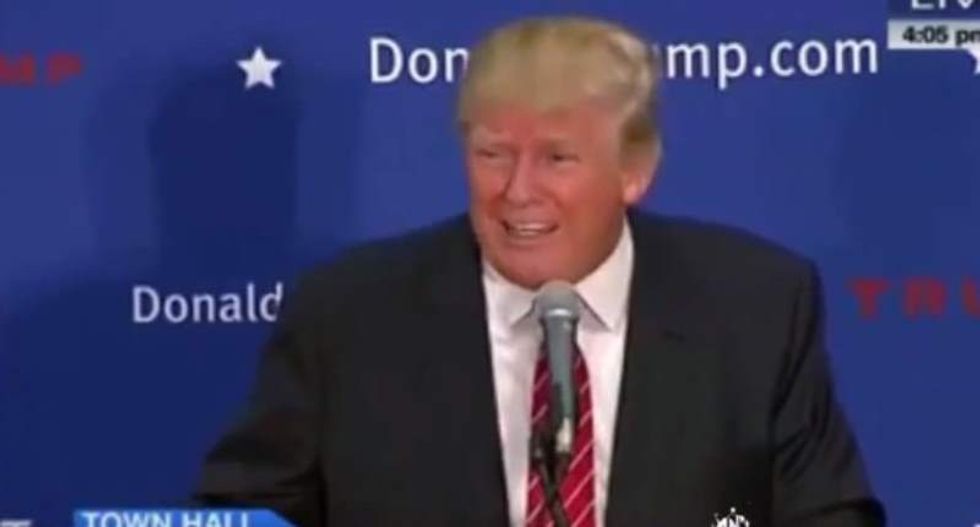 Republican presidential candidate Donald Trump blasted both Sen. Marco Rubio (R-FL) and Jeb Bush on Wednesday, accusing them of lying whenever one of the two GOP contenders from Florida praises the other.

"They hate each other," Trump said during an event in Keene, New Hampshire. "They hate. Trust me I know. They hate so much, they hate more than anybody in this room hates their neighbor. But it's political bullsh*t, do you understand? It's true."

As the New York Times reported, the former reality TV star has started focusing on Rubio, trying to label him as "soft" on immigration.

On Wednesday, he painted the senator as being disloyal toward the former Florida governor by running against him for their party's presidential nomination, while continuing to call him a "dear friend."

Watch Trump's remarks, as posted online on Wednesday, below.