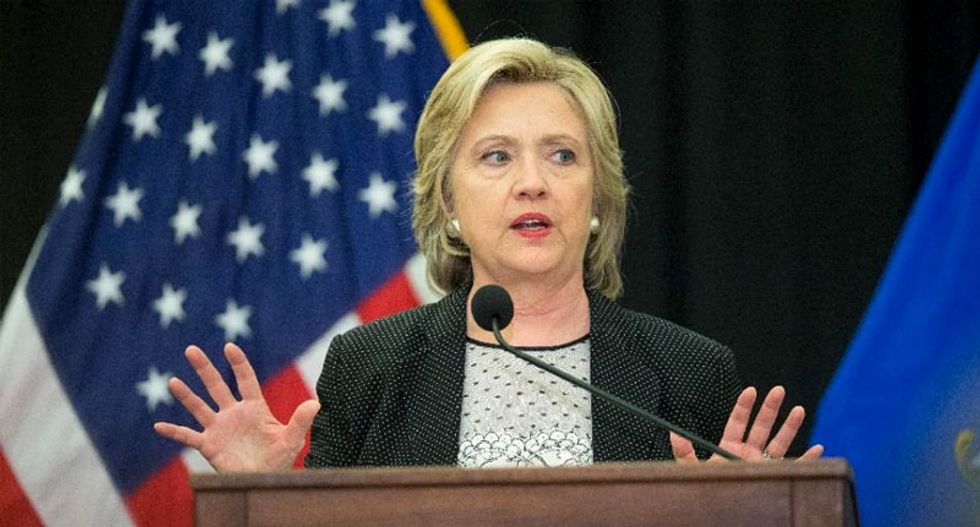 Donald Trump and Ben Carson lead the Republican race for the US presidential nomination, with the two non-politicians together accounting for more than half the support from potential voters, a new poll showed Monday.

The Washington Post-ABC News poll also found that Hillary Rodham Clinton, dogged by a controversy over her use of a private email server while serving as secretary of state, has steadily lost support over the past two months.

Though she still leads the Democratic field, potential voters gave her less than 50 percent support for the first time in Post-ABC surveys, with her popularity dropping most among white women.

Trump was favored by 33 percent of registered Republican and Republican-leaning independent voters.

That marked a nine-point increase since mid-July and a 29-point jump since late May, before he announced he was running.

Trump got the most support in this survey from potential voters without a college degree and those with incomes below $50,000.

He was followed by Carson, with 20 percent -- 14 points more than in July. Other national polls have also shown him gaining more support since the first Republican debate last month.

The Republican candidates next face off at a debate late Wednesday at the Ronald Reagan Library in Simi Valley, California.

Only the top 11 contenders will participate in the event, hosted by CNN. Another debate preceding it will feature those candidates who did not make the cut.

Former Florida governor Jeb Bush, who previously appeared the lead the Republican field, now only has eight percent support -- the lowest level in a Post-ABC poll for the 2016 race.

Senators Ted Cruz of Texas and Marco Rubio of Florida are next, at seven percent.

Walker had a precipitous drop from 13 percent in July to two percent in the latest poll.

Clinton was backed by 42 percent of Democrats or Democratic-leaning independents -- a 21-point drop since July -- followed by Senator Bernie Sanders with 24 percent, a 10-point increase since July.

Vice President Joe Biden, who is weighing a potential run but has warned he is still dealing with the death of his son Beau earlier this year, sat in third with 21 percent. That marked a gain of nine points for Biden.

If Biden decides against a run, Clinton's support jumps 14 points to 56 percent, while Sanders only gains four points to 28 percent, according to the poll.

The survey, conducted by telephone September 7-10, 2015 among a random sample of 1,003 adults nationwide, has a sampling error of plus or minus 3.5 percentage points.