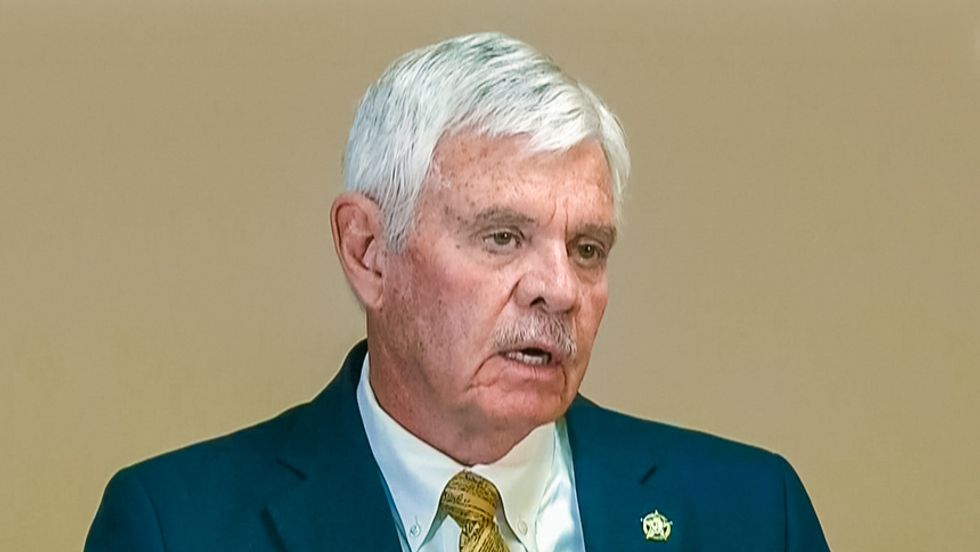 Tulsa County Sheriff Stanley Glanz said on Wednesday he plans to resign after a grand jury recommended his removal and indicted him on two misdemeanors in an investigation spurred by the fatal shooting of an unarmed black man by a white volunteer deputy.

Scott Wood, an attorney for Glanz, told reporters the sheriff was stepping down after the grand jury accused him of displaying gross partiality in office, willfully neglecting his duty, and corruption in office. He did not have a timeline for the resignation.

"As sheriff, I take responsibility for all decisions made by me or in my name, but I assure you they were all made in good faith," Glanz said in a statement released through Wood.

The April 2 shooting of Eric Harris, 44, was one of a number of killings by law enforcement that triggered nationwide protests over racial bias in policing and the use of lethal force, especially against minorities.

The former reserve deputy involved in the shooting, Robert Bates, was charged with second-degree manslaughter.

Harris was killed when he fled after allegedly trying to sell a gun illegally to an undercover officer. Bates tried to help officers subdue Harris.

The grand jury, according to a court filing, found that Glanz had violated policy by allowing his friend Bates to volunteer and serve as a reserve deputy and carry weapons even though he had not been adequately trained.

Bates was also allowed to carry weapons not authorized by the department, including the .38-caliber revolver with which he killed Harris.

Bates has said he thought he was using his taser against Harris and accidentally shot him.

In July, the Oklahoma Supreme Court allowed the grand jury investigation to proceed after a civil rights group called for it and the sheriff's office tried to block it.

"We got justice. This is a win for the citizens," said Marq Lewis, an organizer for the group We the People Oklahoma that called for the investigation.

The grand jury found that Glanz had tried to cover up a report on Bates' lack of training and that he had reprimanded officers who raised issues about Bates.

One of the misdemeanor charges against Glanz was refusal to perform his official duty because he refused to release a 2009 internal report that found that Bates had received preferential treatment regarding his duties as a reserve deputy.

He was also charged with willful violation of the law because he took a stipend for use of a personal vehicle while using a county vehicle.