Twilight of the frackers: Industry in total collapse as layoffs increase and bankruptcies grow 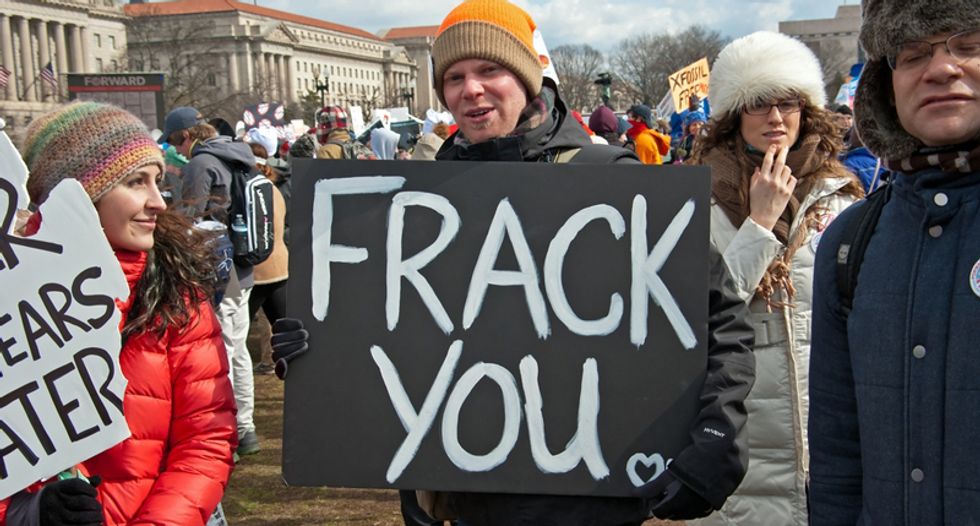 The once booming fracking industry is going bust as low oil prices are driving smaller operators out of business and larger oil services corporations are laying off thousands of workers.

While there has been a push to ban fracking over environmental concerns, the invisible hand of the market appears to be strangling it, according to the Wall Street Journal.

U.S. oil prices have plummeted below $50 a barrel -- half of what frackers were getting last year -- and the loss of income has caused many to shut their doors while others look to be scooped up in consolidations and mergers.

According to energy analysts at Well Fargo, more than 50 percent of the U.S. fracking capability is just sitting there, too unprofitable to keep working the land.

As the fracking industry reels, larger oils services companies including giant Halliburton -- once led by former Vice President Dick Cheney -- have laid off an estimated 55,000 workers globally while at the same time cutting their service prices which has impacted smaller companies who can't compete and driving them out of business.

According to one observer, the industry is going through the less desirable half of a boom and bust cycle that intitally saw mom & pop wildcatters jumping in to make some easy money.

“There was that first initial overbuild; everybody kind of went crazy. Mom-and-pop shops were popping up,” said Caldwell Bailey of consulting firm IHS. According to Bailey, nearly 50 firms joined the fray in an industry that became cutthroat even when prices were high.

According to another analyst, many of those companies are hanging on by their fingernails hoping for a rebound that may not come in time, or could return as a changed industry as the government tightens up environmental regulations.

Colin Raymond -- whose father once headed up Exxon Mobil -- started Compass Well Services five years ago when fracking equipment was in high demand. Today all that equipment is sitting idle but he hasn't given up hope that fracking will once again return.

“We’ll run in the future when pricing gets better,” he said. “We’re not going to lose money and tear up our equipment.”