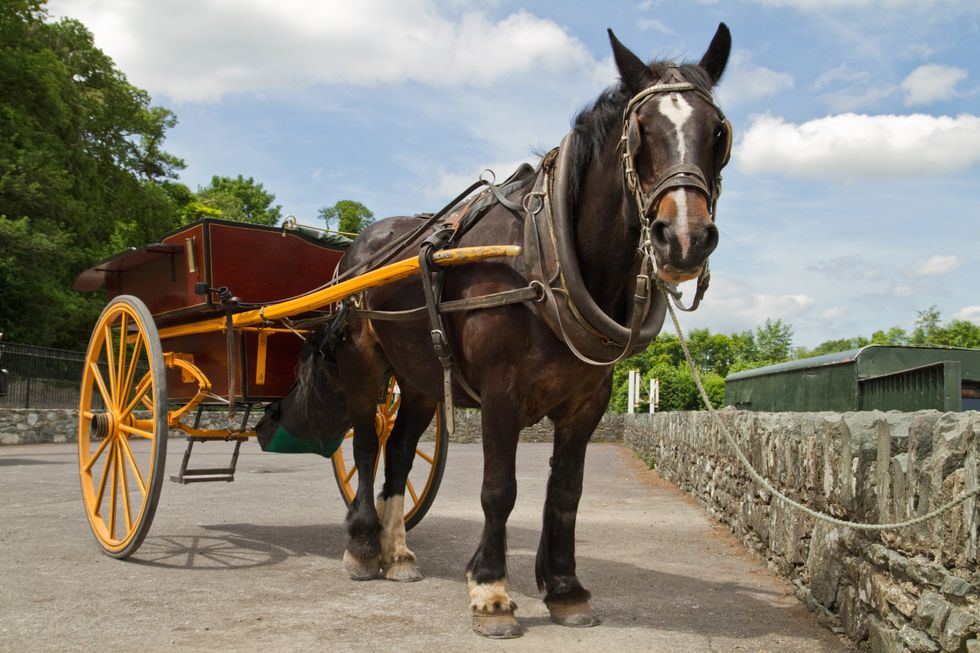 Two people were injured and a horse was killed when a car collided with a horse-drawn cart near Pawnee City in southeast Nebraska, authorities said on Thursday.

The accident happened about 7:30 a.m. Wednesday on Nebraska Highway 8, about a mile east of Pawnee City, said Pawnee County Sheriff Jayme Reed. Pawnee City is about 75 miles southeast of Lincoln.

The driver of the car, Kyle Clow, 25, and the driver of the cart, Kenneth Yoder, 23, both of Pawnee City, sustained non-life threatening injuries and were taken by ambulance to Pawnee County Memorial Hospital and later transferred to BryanLGH West hospital in Lincoln. No further details on the injuries were available.

Reed said the early-morning sun might have been a factor in the accident. She said Clow's Honda Civic was traveling east on the highway and hit the cart from behind.

The horse was thrown over the car and likely was killed instantly, Reed said.

The accident was still under investigation Thursday.