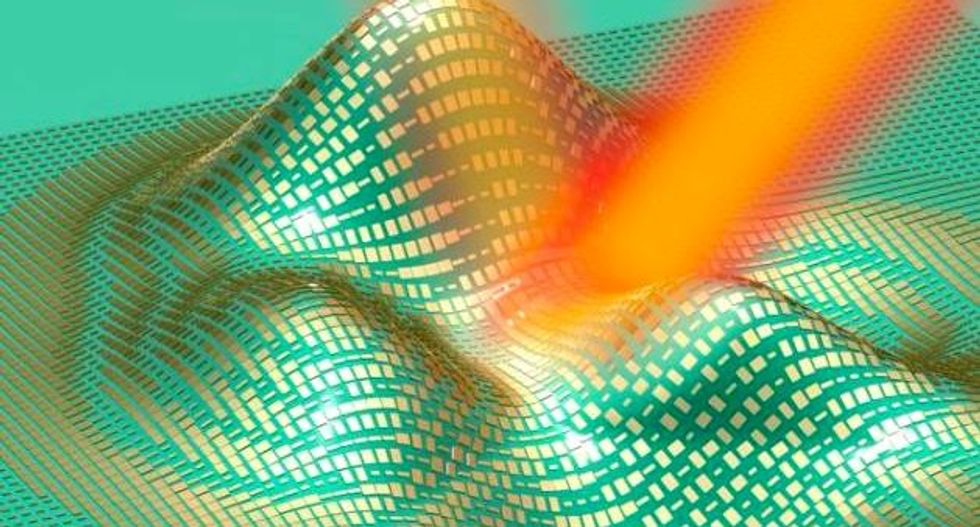 A tiny invisibility cloak has been invented by US scientists who are edging ever-closer to a real version of what has until now been a staple of science fiction, researchers said Thursday.

The cloak, described in the journal Science, is microscopic in size but could conceivably be scaled up in the future, according to physicists at the US Department of Energy's Lawrence Berkeley National Laboratory and the University of California, Berkeley.

It works by manipulating light, changing how light waves bounce off an object so that it cannot be detected by the eye.

"This is the first time a 3D object of arbitrary shape has been cloaked from visible light," said lead author Xiang Zhang, director of Berkeley Lab's Materials Sciences Division.

"Our ultra-thin cloak now looks like a coat. It is easy to design and implement, and is potentially scalable for hiding macroscopic objects."

Using tiny gold fibers known as nanoantennas, researchers made a cloak that is 80 nanometers in thickness and can wrap around a three-dimensional object about the size of a few biological cells.

"The surface of the skin cloak was meta-engineered to reroute reflected light waves so that the object was rendered invisible to optical detection when the cloak is activated," said the study.

However, this little cloak still has some big limitations.

For instance, the patterns of the nanoantennas must be precisely engineered to match the surface bumps of the object beneath, meaning the object cannot move or it would lose its invisible cover.

Nor can the features to be hidden be too large or sharp compared to the wavelength of light, because any shadows cast cannot be erased, Zeno Gaburro, a physicist at the University of Trento in Italy, was quoted as saying in an accompanying article about the technology in the journal Science.

"The face that is dark does not see the light, so there's no way you can correct for (the shadow) with this technique," Gaburro said.

But Zhang is confident the technology can eventually be scaled up.

"I don't see any roadblocks," he said.