UCLA student was stabbed to death before her apartment was set on fire: police 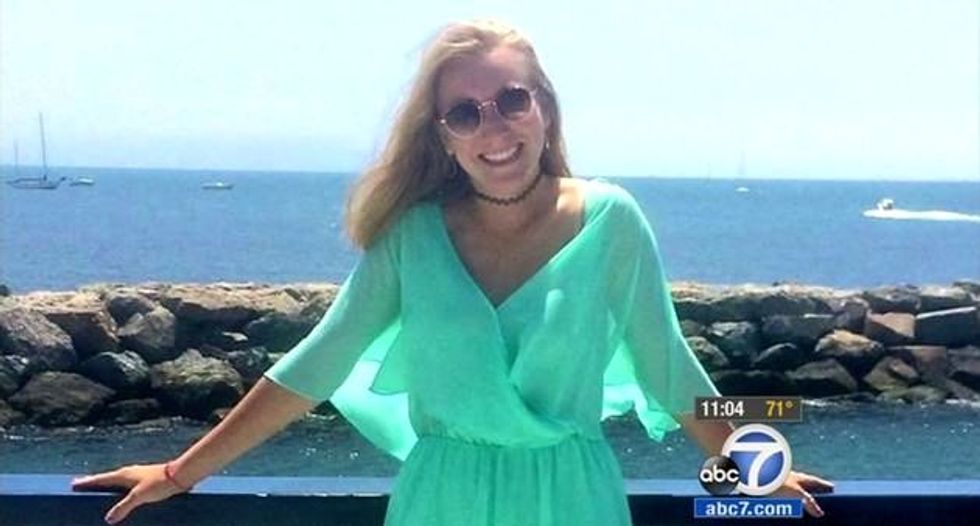 Two men were charged on Tuesday in the murder of a University of California, Los Angeles student and sorority member found slain in her burned-out apartment near the campus last week following an apparent botched robbery, prosecutors said.

Alberto Hinojosa Medina, 22, was charged with stabbing Andrea Lauren DelVesco to death on Sept. 21, then setting her apartment on fire before fleeing the scene, the Los Angeles County District Attorney's Office said in a written statement.

Medina, who was taken into custody on Saturday some 200 miles away in Fresno, where he lives, is charged with first-degree murder carried out during a robbery, arson and two counts of burglary and could face the death penalty if convicted.

Eric Marquez, a 22-year-old student at the university, is also charged with murder and burglary and is accused of being an accessory after the fact, according to the district attorney's office. Marquez was arrested on Sunday near his apartment in the UCLA campus community of Westwood.

Prosecutors declined to say what evidence they had against the defendants. Both men were scheduled for initial appearances in Los Angeles Superior Court later on Tuesday.

The body of DelVesco, 21, a fourth-year student at UCLA from Austin, Texas, known as "Andy" and a member of the Pi Beta Phi sorority, was discovered by firefighters after they extinguished a blaze in her apartment in Westwood.

KNBC-TV, citing court records, reported that DelVesco had been facing charges of possession of Ecstasy, LSD, methamphetamine and Psilocybin for sale at the time of her killing on the first day of the fall semester.

"Andy had a contagious spirit and was a fearless giver," Pi Beta Phi Chapter President Jacquie Medeiros said in a statement after DelVesco's death. "Andy was a friend to every person she met. She was always inclusive and there for everyone."

The Daily Bruin campus newspaper reported that DelVesco had been studying psychology and Spanish.

Prosecutors, who have not yet decided whether they will seek the death penalty against Medina, have asked that he be held without bail. They have asked that Marquez be held on $1.1 million bail.