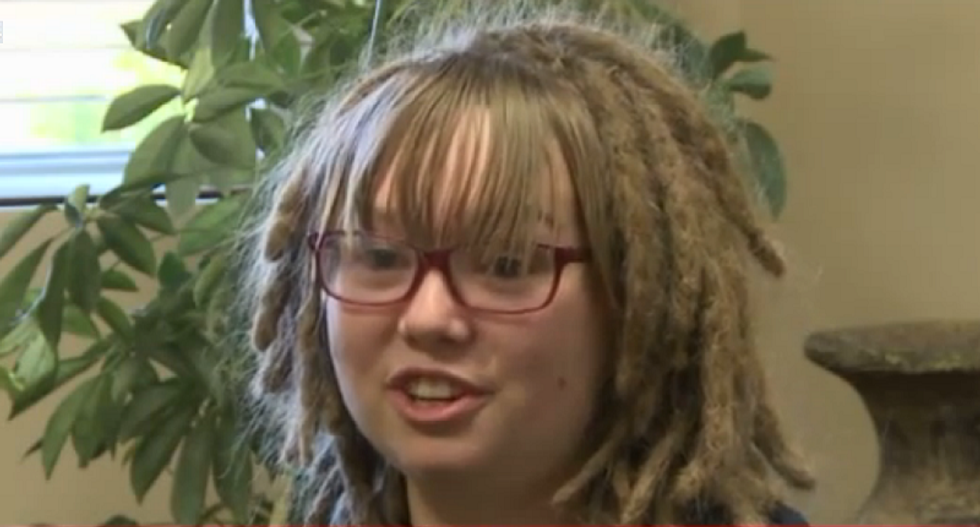 The mother of a Utah teenager says her daughter is being “racially profiled’ for being white while wearing dreadlocks in a dress code dispute with her high school, Fox13 reports.

Caycee Cunningham is an eighth grader at Lincoln Academy, a charter school in Pleasant Grove outside of Salt Lake City. She was reprimanded for wearing the hairstyle, but the teen and her mother say Cunningham wears them for religious reasons that have to do with her “spiritual journey” with the Hindu religion after studying abroad in Guatemala.

"My daughter is white and there's other students in school who happen to be of other race and ethnicity and they have hair that can't be combed, and there's never been an issue regarding that before," Caycee's mother Tonya Judd told Fox13. "Not only have they been racially profiling my daughter because she happens to be a white girl with dreadlocks, but it's also taking away the rights of my daughter's religious beliefs and her spiritual journey."

Caycee says the hairstyle represents her "turning over a new leaf" and trying to find herself.

Dreadlocks are not specifically banned but the school dress code doesn't allow distracting hairstyles or unnatural hair colors, Fox13 reports. The principal, Jake Hunt, said Caycee is not in trouble but says he hopes to talk to her mother to work something out.

"Our dress code says that our students' hair must have a neat, combed appearance, be appropriate for school, and not be distracting in the classroom, which is pretty similar to what many schools in our area have," he told the station.

But Caycee told Fox13 she is willing to change schools, but not her hair.

"I think they could be a little more accepting of it, and I think they should, because we do live in America and it just kind of boggles my mind a little bit," she said.

Watch the report, from Fox13, here: