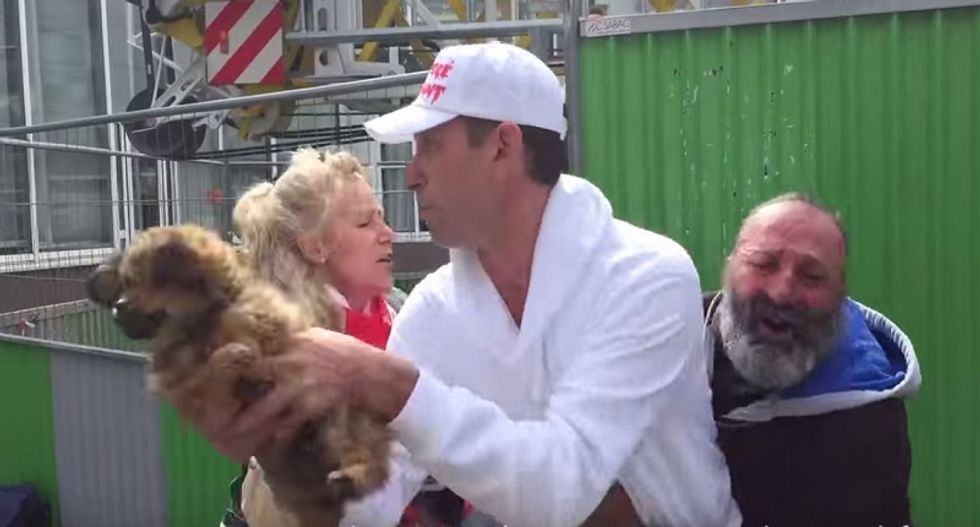 An animal rights group in France was caught on video taking a yelping dog away from its howling homeless owner. The video has sparked an outcry, the British publication Independent reports.

The disturbing encounter, posted to YouTube on Saturday by Nghi Le Duc, shows two activists with the group Cause Animale scuffling with the elderly homeless man, who is obviously distressed. They then grab a small, brown dog that immediately starts screaming.

The homeless man tries desperately to get the dog back but the activists keep him from doing so.

Bystanders are seen watching and a woman tells them that "it's his dog," but the activists dismiss them.

The animal rights group later posted a video on its Facebook page saying they named the dog "Vegan" and accusing its owner of drugging it.

"This is Vegan… (a dog kept by a Roma who drugged it on the Parisian sidewalks), in great shape this morning, she can finally run around and not be attached with a piece of rope… Enjoy life to the full."

In Europe, discrimination against Roma people is common.

Since the video has surfaced, people have accused the group of stealing the dog from the homeless man and have signed a petition calling for an investigation of the group, the dog's return to its owner and for proof of the group's claims that the dog had been drugged.

Watch the video of the incident, as posted to YouTube, here: