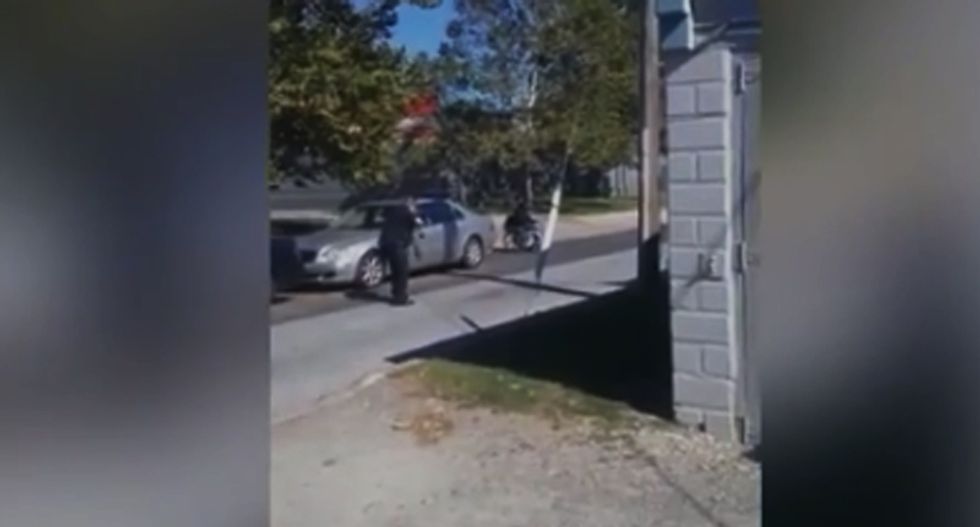 The Delaware Department of Justice said on Thursday it would review the case of what has been described as police killing a wheelchair-bound black man who officers said had a gun.

The shooting comes at a time of increased scrutiny over police violence in the United States following several high-profile police killings of unarmed black men over the past year.

The department said in a brief statement that its Office of Civil Rights and Public Trust would investigate the shooting, which took place on Wednesday in Wilmington, the state's largest city, according to officials, local media, and a video purporting to show the incident

The Wilmington Police Department could not be reached on Thursday to provide details or comment, but was quoted in the local News Journal newspaper as saying that officers responded to the area after a caller reported that a man in a wheelchair had shot himself.

Sergeant Andrea Janvier said the man, identified by family as 28-year-old Jeremy McDole, was armed with a handgun when police arrived, according to the newspaper.

In a cell phone video uploaded to YouTube that purports to show the incident, an officer with a long gun drawn yells at the man to raise his hands and "drop the gun." Suddenly, a shot rings out. The officer then appears to pump his weapon, which expels a cartridge.

The video shows two more officers with handguns drawn arriving and yelling at the man, who appears to be bleeding, to put up his hands. The three officers move toward him. The man uses his arms to adjust himself in the wheelchair several times before he appears to reach toward his pants' front pocket and the officers open fire.

The man's hands appear empty throughout the video.

"The mayor's office and police department are aware of the video and continue to conduct a thorough investigation regarding the officer-involved shooting," said Alexandra Coppadge, spokeswoman for Wilmington Mayor Dennis Williams.

Family and friends of McDole, who gathered at the scene after the killing and again on Thursday morning, said he never owned a gun and questioned the police account that he was armed and shot himself, according to the News Journal.

"We want justice for my brother," Ashley Morrison-Wright told the newspaper. "This isn't right."

(Reporting by Curtis Skinner in San Francisco; Editing by Barbara Goldberg in New York and Lisa Lambert in Washington)