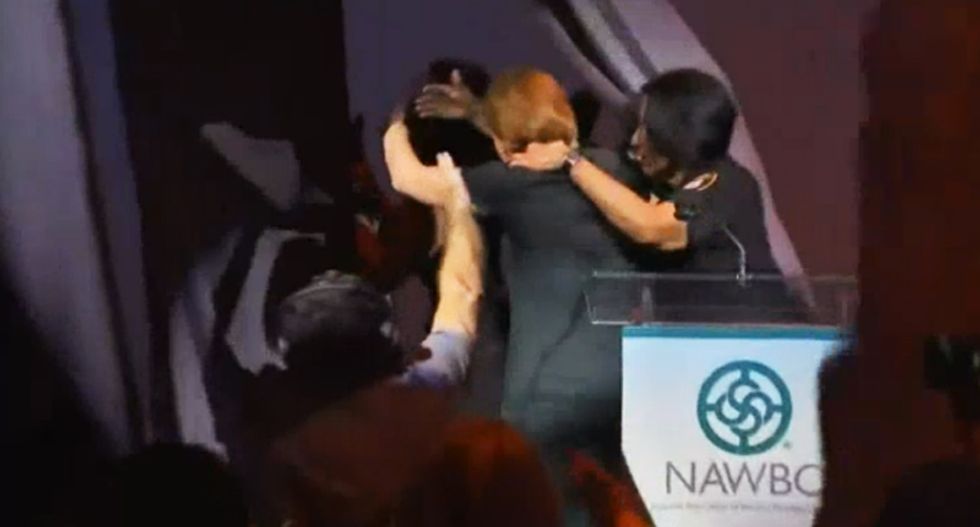 An enormous backdrop fell on GOP presidential candidate Carly Fiorina as she was giving a speech in Texas on Sunday.

The former businesswoman was alerted by the crowd’s screams that the giant curtain had begun to crumple behind her, as captured on video by NBC-DFW.

Aides quickly grabbed the candidate and tried to get her offstage as she received a glancing blow from drapes and the pipes holding them up.

After order was restored, Fiorina responded to a crack from an audience member suggesting rival Donald Trump was behind the collapse, saying: "Trump, Hillary, it could have been anyone."

It was not the only time this past weekend that Fiorina was hit with something. At a tailgate in Iowa on Saturday, Planned Parenthood supporters disrupted a Fiorina meet and greet by chanting, "We're women, and we vote," and pelting her with condoms.

Watch video of the backdrop collapse below, from NBC-DFW: