WATCH: 'Kim Davis Cell Block Tango' explains why 'she had it coming' in hilarious musical number 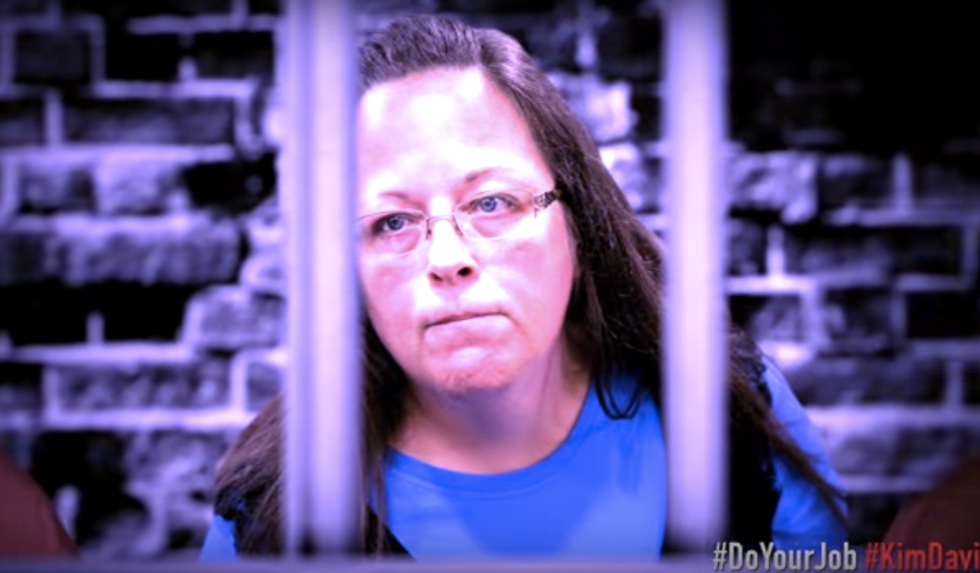 Satirist Randy Rainbow sent up the plight of Kentucky's anti-same-sex marriage county clerk with the "Kim Davis Cell Block Tango," a re-write of the famous number from the musical Chicago.

"She had it coming," sings Rainbow. "She finally had her last hurrah. She didn't listen, now she's in prison. I guess it's bad when you break the law."

Davis has been released from the Carter Detention Center and the contempt ruling against her been lifted on the condition that she allow her office to grant license to marry to same-sex couples.

Gov. Steve Beshear's office declined to hear an appeal from Davis' legal team, representatives of the theocratic law firm the Liberty Counsel, saying that Davis' compliance was a "matter between her and the courts."

Rainbow pointed out that Davis' refusal to do her job is a lot like when he worked at the Gap.

"They made me fold their clothes all day long," he said, "even though I don't believe in cotton-poly blend fabrics or mid-rise relaxed-fit jeans. But I'll tell you the same thing my manager Tiffany told me, Kim."

"Do your job, bitch," he concluded.