WATCH: Kim Davis stars in 'Clerks and Recreation' -- she was sent 'from the future to destroy all happiness' 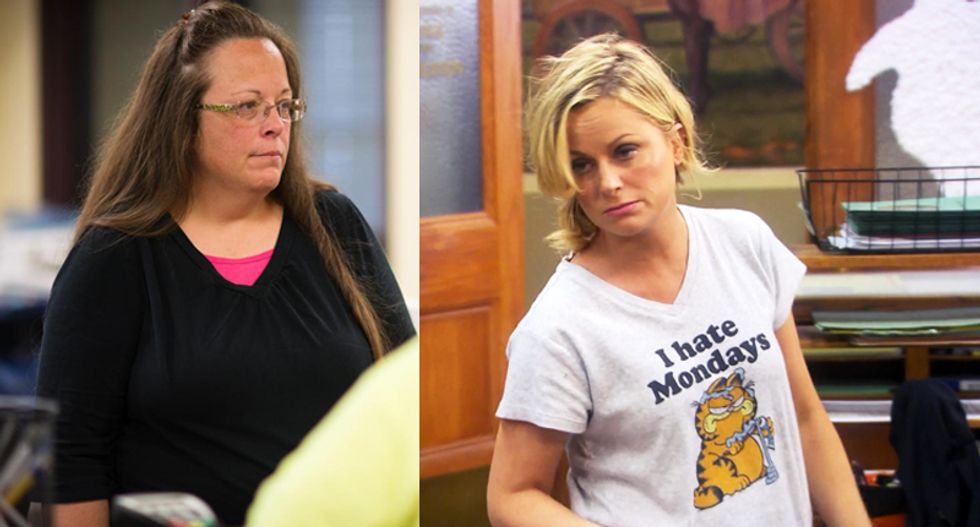 The Funny or Die team sent up anti-same-sex marriage Kentucky county clerk Kim Davis by making her the star of a video called Clerks and Recreation.

Davis -- who is currently in jail until she agrees to follow the law and grant marriage licenses to same-sex couples -- is featured alongside clips from the long-running comedy series Parks and Recreation, with Amy Poehler and Nick Offerman.

"I just want you all to know that we are not issuing marriage licenses today pending the appeal in the Sixth Circuit," said Davis in real news footage.

The video then flashed to Offerman's Parks and Recreation character Ron Swanson saying, "That's perfect. The worst person in the world working at the worst place in the world."

"Does she have any weaknesses?" asked Amy Poehler as her character Leslie Knope.

"Not machines," said Swanson. "I honestly believe that she was programmed by someone from the future to come back an destroy all happiness."