WATCH: Reporter gets harassed by man while filming segment on sexual harassment 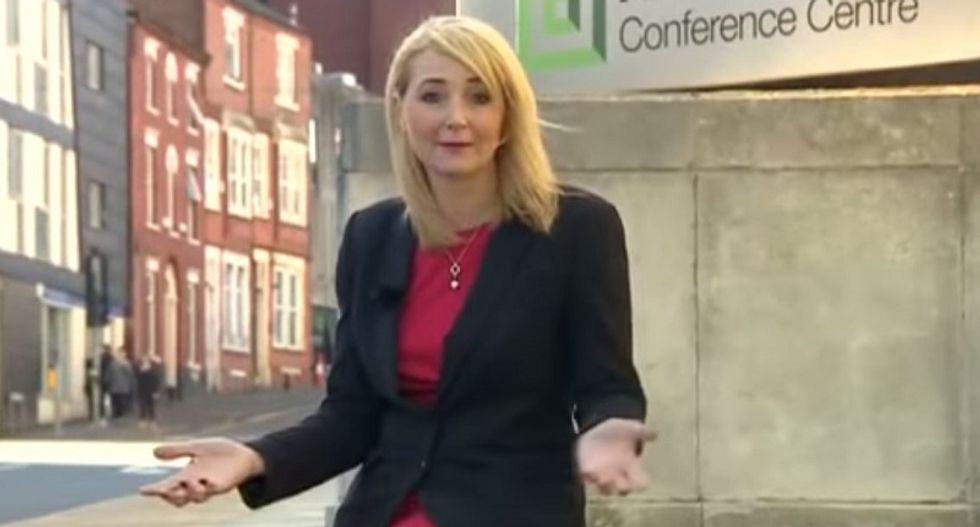 The BBC reporter was filming a segment on street harassment when a passing man took the moment to sexually harass her. She was sitting outside a conference on sexual harassment in Nottingham when the incident took place, the BBC reports.

"An online study showed that a shocking 95% of people said they had been harassed, jeered at, or had obscenities shouted at them in the street and a large proportion said they'd also been groped or grabbed inappropriately in public," Teale said before a man's voice is heard.

Teale visibly reacts with irritation and disgust, but what the man said was bleeped out. Whatever he said, Teale told the BBC she was "genuinely shocked" by it.

"It's not banter, it's not funny and no-one should have to put up with it," she said.

Watch video of the incident, as posted to YouTube, here: