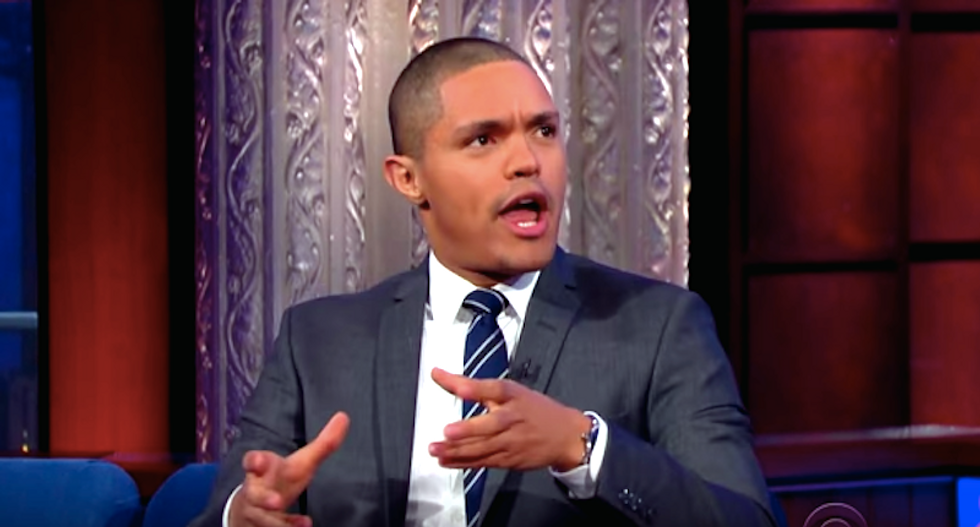 Thanks for nothing, Trevor Noah.

The incoming "Daily Show" host could have saved us all a lot of time with his spot-on, 25-second impression of the Republican presidential debate.

He challenged Colbert to ask him a question about policy or anything else, setting up his impersonation of a rambling, bloviating politician.

Watch the segment posted online by The Late Show With Stephen Colbert: