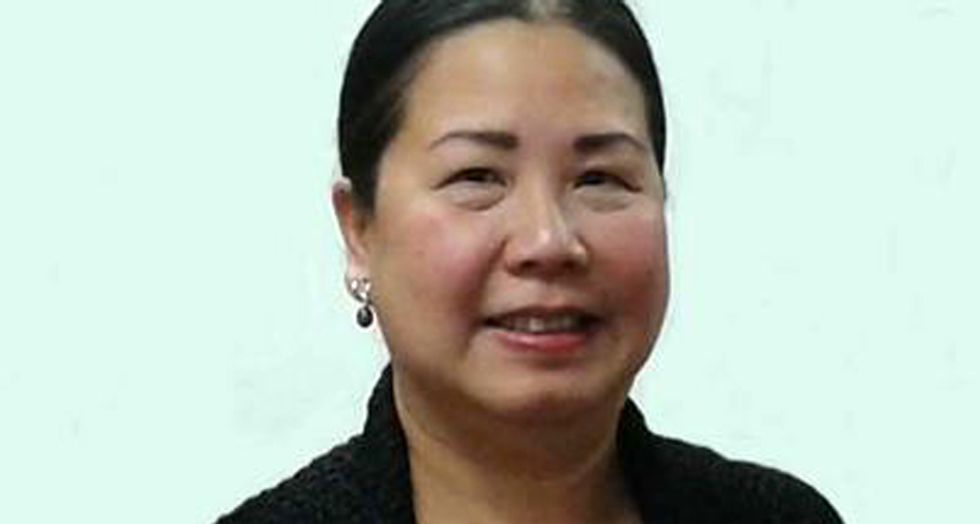 The White House has contacted China's Foreign Ministry over the detention of an American businesswoman accused of spying, a spokesman said on Tuesday, in a case that blew up just as President Xi Jinping began a visit to the United States.

Sandy Phan-Gillis of Houston, Texas, has been held by Chinese authorities for about six months under suspicion of spying and stealing state secrets, according to a statement from her family released this week.

White House spokesman Josh Earnest told reporters it was "disconcerting" that many of the U.S. government's questions "have gone unanswered" by Chinese officials about the status of Phan-Gillis.

"This is something that the United States State Department has been working on for quite some time," Earnest said. "At this point, I certainly couldn’t rule out that it would come up in the conversation between the two leaders."

The Chinese president arrived in the Seattle area on Tuesday to kick off a week-long U.S. visit that will include meetings with business leaders, a black-tie state dinner at the White House hosted by President Barack Obama and an address at the United Nations.

In Beijing ahead of Xi's U.S. arrival, Chinese Foreign Ministry spokesman Hong Lei said Phan-Gillis was suspected of "endangering China's national security" and is being investigated by "relevant Chinese authorities."

But her husband, Jeff Gillis, told Reuters from their home in Houston that "Sandy is not a spy or a thief.

"I have absolutely no clue whatsoever why she was taken into custody," he said.

Phan-Gillis ran a consulting business that helped pair U.S. and Chinese firms and had been to China numerous times without incident, her husband said, adding he had asked the State Department for months to press for her release, but to no avail.

"My intent here was not to embarrass China or President Xi Jinping. It was really to encourage them to release Sandy in the lead-up to the state visit," he said.

"I concluded from my research that if I remain quiet and do nothing, that my wife is just going to end up being quietly crushed by a Chinese criminal justice system that has absolutely no justice in it, or no real rule of law," he added.

A MATTER OF STATE SECURITY

China's state secrets law is notoriously broad, covering everything from industry data to the exact birth dates of state leaders. Information can also be labeled a state secret retroactively.

The U.S. State Department said it was aware of her detention and is monitoring her case.

China has permitted her at least six consular visits and she is in good health and cooperating with the investigation, Hong told a news briefing.

In a statement, State Department spokeswoman Katy Bondy said Phan-Gillis was arrested on March 20 and confirmed the U.S. consulate visits. It referred questions about her arrest and any charges to local authorities. Chinese authorities did not say if she has been officially charged in the case.

China's Ministry of State Security could not be reached for comment.

Phan-Gillis, who has Chinese ancestry and is a naturalized U.S. citizen, visited China on a trade delegation from Houston. She was detained while attempting to cross from the southern city of Zhuhai to Macau on March 19, according to the family statement.

Gillis said he spoke to his wife in the early days after being taken into custody, with the last conversation on March 23. At that time, she gave no indication she had been apprehended by Chinese authorities, he said.

Phan-Gillis is being held in the southwestern city of Nanning, the family said. She had been under house arrest until she was transferred to a detention center on Saturday, it added.

It was unclear whether any formal charges have been brought. A lawyer working on her case could not be immediately reached.

"Sandy is in very poor health," the family statement said, adding she has been hospitalized repeatedly while detained.