Why are American workers so afraid to take a vacation? 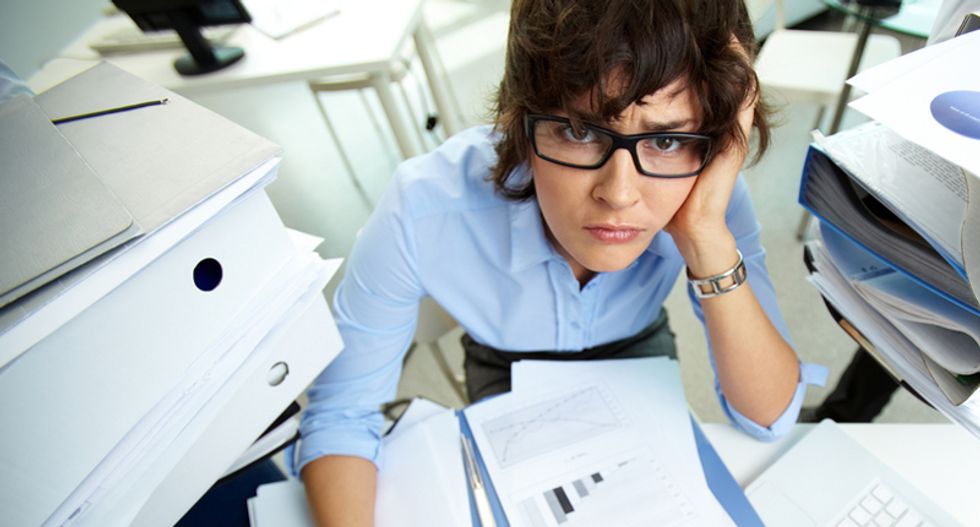 Four in ten Americans do not use all of their paid vacation days and overall leave about 169 million days on the table each year. Do Americans even want to go away?

June snuck up on Gina Femia this year. Most people would not mind waking up to find summer knocking on their door, but for Femia, 28, it also meant that her unused vacation days were about to vanish.

Had she let her vacation elapse, she would have joined thousands of workers who have done the same. Last year, the number of unused vacation days in the US reached a 40-year high . Researchers at Oxford Economics hired by the US Travel Association put the numbers at about 169m days, equivalent to $52.4bn in lost benefits.

The main culprit? America’s workaholic culture. It’s not that Americans do not want a vacation – it’s that they are afraid to take it. Currently, on average, each US worker fails to use about five paid vacation days a year.

As unused vacation days reach a record high, a number of employers are trying to take a different approach to paid vacations, helping create a movement for employees to reclaim their personal time.

Despite the shift to empower workers to take their vacation, many still feel guilty about it, drag their feet and then struggle to schedule time off at the last minute.

“That’s exactly what happened this year,” said Femia, who lives in Brooklyn and works in Manhattan. “I woke up in June and was like: ‘Oh man, I have to use a whole bunch of days now!’”

Organizing her last-minute vacation was “tricky”, she said.

“The same thing happened to my supervisor and we were trying to coordinate our time out of the office without it overlapping too much,” she explained. “It’s funny, because we are definitely encouraged to use our vacation days. I’ve never been told I couldn’t go away for any time that I’ve requested. However, I feel like there’s always something I should be working on so I wind up putting it off as long as possible – even though I could often really use the break.”

Not everyone is as lucky as Femia. In 2012, only about 77% of Americans working for privately owned companies got paid vacation days. On average, their allotted paid time off was 10 to 14 days.

More than half of Americans, 56%, have not taken a vacation in the last year, according to the insurance company Allianz Global Assistance . That’s equivalent to 135 million people. The survey defined vacation as a week off from work during which those surveyed travelled at least 100 miles away from home.

Another survey of 1,005 Americans , conducted last year by Skift, found that just 15% of Americans planned to take a real vacation in 2014. That same survey found that 33% of Americans couldn’t afford a vacation, 30% were too busy and that 22% were going to take a short vacation over a summer weekend.

“The statistics are pretty alarming – 41% of Americans don’t take their paid time off,” said Cheryl Rosner, CEO and co-founder of Stayful, a travel booking site for boutique hotels, referring to the US Travel Association survey.

“That doesn’t surprise me at all. We’re taught to work until we drop,” said Femia. “I doubt anybody who isn’t using them is doing it for spite or malice. It’s probably because their company is discouraging them from using them or because they feel like they’ll fall behind in their workplace if they do.”

Last year, the US Travel Association found that 28% of workers did not take vacation so that they could prove their dedication and not be seen as slackers. Another 40% were afraid of the work they’d have to do when they got back from vacation.

John de Graaf, president of Take Back Your Time, an organization trying to change the way Americans use their paid vacation days, agrees that there is a lot of fear out there. “Much of it misplaced, but some very real,” he said.

“This fear is especially prevalent at a time of volatile change in the economy as we have experienced since 2008,” he explained. “Secondly, without backups, many workers feel that too much work will pile up while they are are gone and they will be so stressed when they return that time off won’t be worth it.”

Fear and loathing on the beach

It’s difficult to point the finger at the main culprit behind this increasing trend in unused vacation days, but most say it has to do with the culture in the workplace.

“It makes me angry, not at them [the workers], but at this ‘fight to survive’ culture we’ve accustomed to. We should all get vacation days and not feel so bogged down at work so we could actually use them,” said Femia.

Most workers, even if they take vacation, tend to keep the guilt and worries over work pile-up at bay by staying connected with the office.

“They [are] leashed to the office via electronic devices during their vacation so they can work during them, and that is also totally unsatisfactory,” said De Graaf.

Femia is guilty of this – but only because she is passionate about her work, she said.

“I don’t even unplug on the weekend! I don’t even unplug at night! We use Gmail so it’s just so easy to let curiosity get the better of me and check it every hour,” she said. “I love my job so it’s coming from a place of desire rather than necessity. My bosses definitely don’t expect us to be on our email post-work hours – but we all do it anyway.”

Do Americans even want a vacation?

“The United States has never indicated that as a country we take vacation time seriously. We are the only industrial country that does not mandate vacation days and 25% of our workers receive none of them all,” De Graaf said.

Apathy abounds. Last year when vacation website Hotels.com launched the Vacation Equality Project campaign it set up a White House petition. Had 100,000 people signed up, the White House would have had to issue a formal response to the question of why all Americans do not get paid vacation days. In more than two weeks, the petition collected just 13,000 signatures. It never reached its goal.

Vacation advocates were not deterred. Earlier this summer, Take Back Your Time set a new goal: to decrease the number of unused vacation days in the US by 20% in two years.

“When you look at the number of days that go unused, reducing that number by 20% means getting the average American who is leaving days on the table to use one extra day a year. That’s not a huge amount,” De Graaf explained. “Frankly, our goal would be to have them use all of their time, but we need to start somewhere. I think getting the average American to take at least one more day off by 2017 is a reasonable goal.”

The decline in vacations comes even as a new generation of companies are offering unlimited days off to workers. Stayful is one of them and provides its staff with hotel booking credits as well. “There is no asking. Instead employees use a team calendar. We instill a culture of accountability. We are all adults and should be treated like that,” Rosner said.

Evernote, the note-taking tech company, introduced its unlimited vacation program in 2012, and offered its employees $1,000 a year if they took a real vacation, travelling away from home.

But America’s work culture can derail even the best intentions. A year after Evernote announced its unlimited vacation program, the Boston Globe reported that then CEO Phil Libin, who introduced the program, had not taken a vacation in a year.

“It starts at the top. CEOs should take their time off and encourage other management to do the same and make a point of it,” said De Graaf. “The idea is to make it clear that the company views vacations as economically sound, fun and fully beneficial to the workforce and the company. Attitude is everything here.”