'Worst coupon ever': Twitter trolls take over #FreeKimDavis -- and it's hilarious 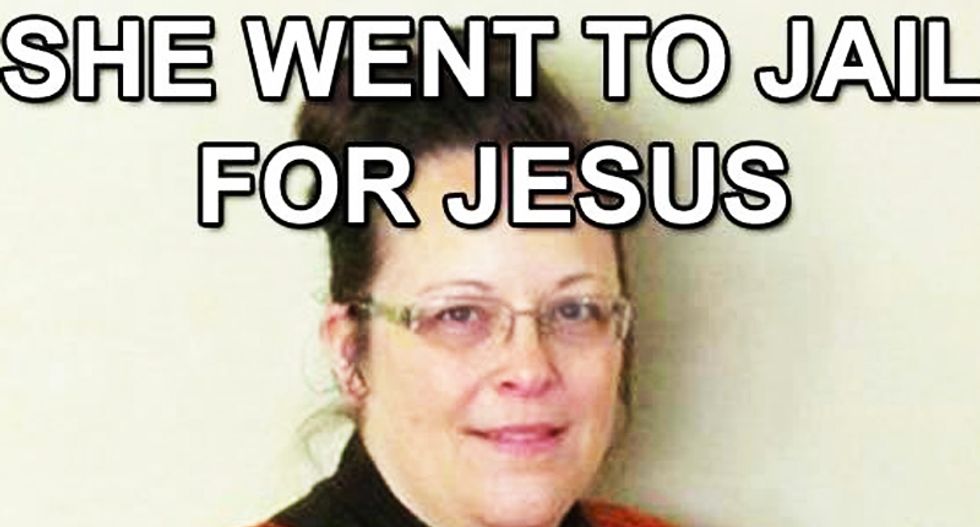 With Texas Sen. Ted Cruz (R) calling jailed Kentucky county clerk Kim Davis the first Christian woman arrested by her government  "for living according to her faith," supporters of the intransigent government employee took to Twitter expressing support with #FreeKimDavis.

As might be expected, Twitter trolls showed up and hijacked the hashtag, mocking her multiple marriages, those who compare her to civil rights pioneer Rosa Parks, and making the obligatory references to women-behind-bars Netflix show, Orange Is the New Black.

#FreeKimDavis She's the White Rosa Parks Who Refuses To Get Off The Bus Until The Bus Stops Letting Black People On Again
— Ryan (@Ryan) 1441377206.0

#FreeKimDavis so that she and pro-incest adulterer #JoshDuggar can finally elope with his publicity-whore soulmate on a TLC reality program.
— Damon Suede (@Damon Suede) 1441309205.0

I would agree to #freekimdavis when she agrees to be stoned for her adultery #followallcommandments
— Solen (@Solen) 1441388224.0

Gingrich spoke up for the Georgia candidate a day after The Daily Beast reported that Walker had funded an abortion for a woman he was dating.

In the 2020 presidential election, there were upwards of 150 poll workers in Detroit.


Then came the onslaught of right-wing conspiracy theories and lies that the 2020 election was stolen from former President Donald Trump – and the baseless claim that heavily Democratic Detroit had played a starring role.