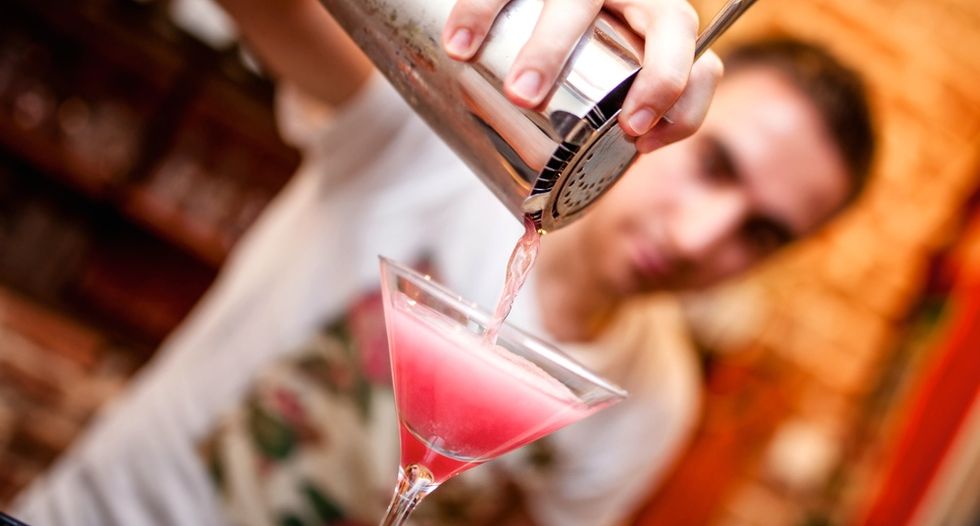 A Wyoming woman and her husband have been charged with involuntary manslaughter in the alcohol poisoning death of her 16-year-old son, whom they plied with mixed drinks and shots of scotch to teach him a lesson about drinking, authorities said on Wednesday.

Paulette and Joseph Richardson, the teen's stepfather, will appear in court in southwestern Wyoming on Friday for a hearing to determine probable cause, prosecutors said, and both could face up to 20 years in prison if convicted.

Police responded to the couple's home in the small town of Urie before dawn on July 7 after Joseph Richardson reported the teen was unconscious, legal records show.

A sheriff's deputy found the boy dead on the floor of a bedroom in a pool of vomit and dark, thick fluid that had issued from his mouth, according to court documents.

The deputy said the teen's mother asked, "Are we going to be in trouble?" before saying she had sought to teach the boy that drinking was bad by letting him do so until he got sick.

She said she "did the drinking thing to break him" in the same way her own mother taught her not to drink, according to a sworn statement by Uinta County Sheriff's Deputy Brooke Hale.

The mother said that lesson was needed for the teen, who was identified only by his initials in court documents, because he "wanted to drink so bad" for the past several years and his biological father was an alcoholic, Hale said in the affidavit.

The couple told Hale the boy had been given several liqueur-based mixed drinks and shots of scotch during a two-hour drinking bout in which his stepfather also imbibed but his mother did not.

They said the teen took medicine for attention deficit hyperactivity disorder, whose label warned users to limit alcohol intake, according to the statement.

The mother told Hale her son vomited and was "stumbling like a drunk" before going to bed the previous night. Her husband later found the boy unconscious and called the authorities.

The teen likely died from complications of acute alcohol poisoning, according to an autopsy. A toxicology report showed his blood-alcohol level at seven times the legal driving limit, as well as amounts of a chemical used to treat ADHD at five times the recommended therapeutic concentration.