2,000 people (including me) form a human peace sign for John Lennon's birthday in Central Park and try to break a world record 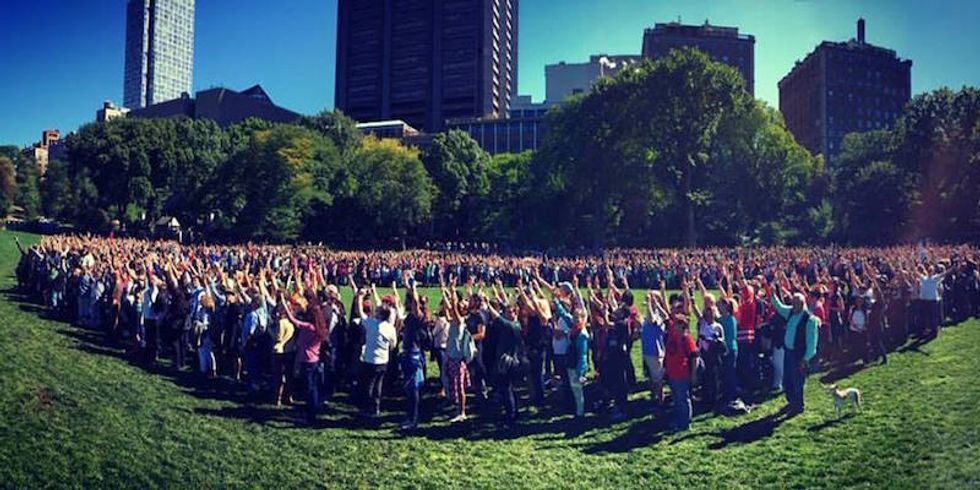 Hi Mom! Can you see me in this video below?

Probably not. But I'm there, I swear! As I was taking the crosstown bus in Manhattan this afternoon, a friendly man told me that a bunch of people were going to form a human peace sign at 12:30 in Central Park's East Meadow to celebrate John Lennon's birthday and, while they were at it, attempt to break the Guinnes World Record. The celebration, organized by the non-profit John Lennon Educational Tour Bus, in partnership with the City of NY and the Mayor's office, was a little early--Lennon would have been 75 this Friday--and breaking the record would require the participation of over 5,80 0 people, the number of people who formed a human peace sign at the Ithaca Festival in 2,008.  So, how did it go?

Well, it was a beautiful event and people were refreshingly cooperative when told to stand in the peace sign instead of outside of it to take photos. Some people had selfie sticks to help them capture the moment. I didn't, so here are some photos and videos I took from the peace sign and some I snagged from a nearby rock before being asked to step down by one of the patient organizers. We were a few thousand short, according to the AP, which counted 2,000 people.  But Yoko Ono, who spoke over a loud speaker, thanked everyone and said, "This is the best birthday present for John." 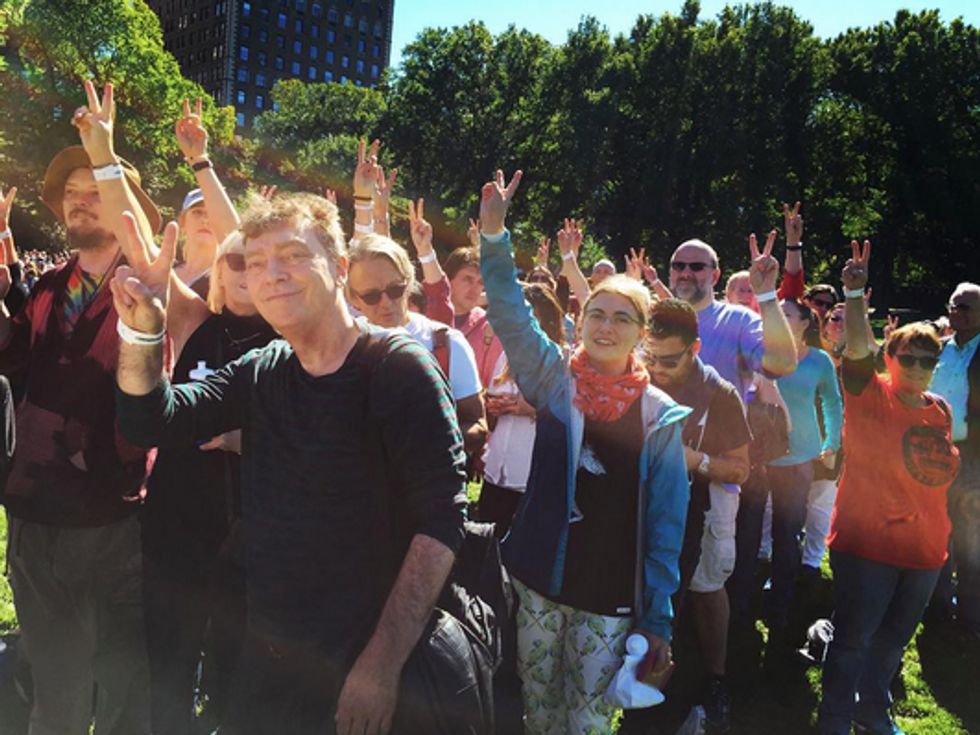 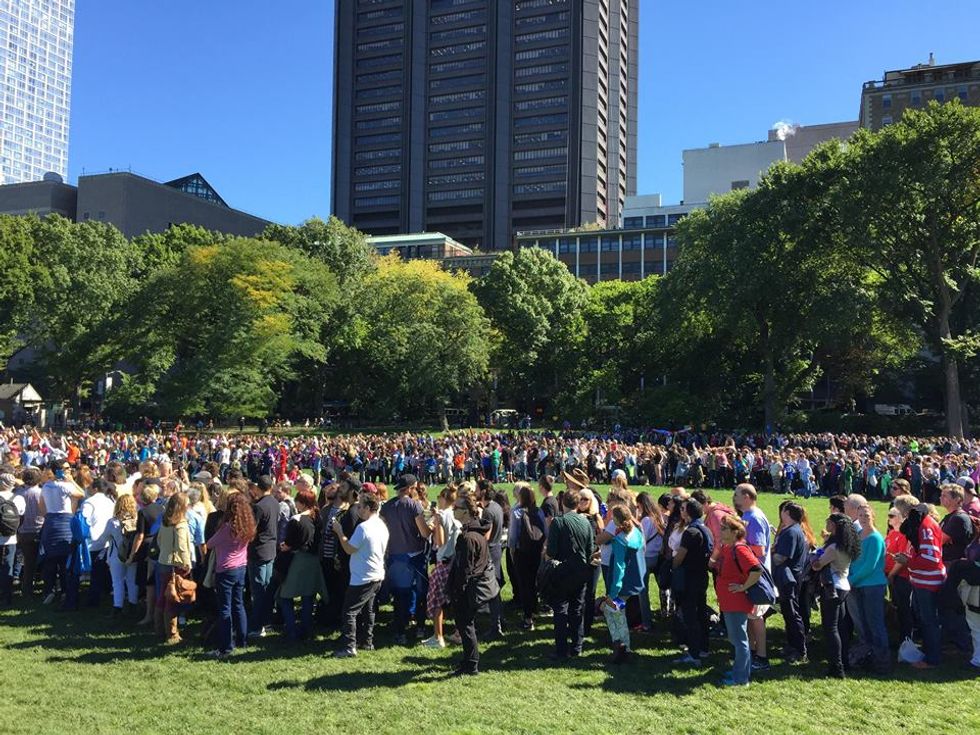 And below is a volunteer leading volunteers to the peace sign. I guess they were trying to take photos. He's very dedicated and puts his legs into it!