$5.7 million payout could scare other gun sellers into getting more serious about following the law 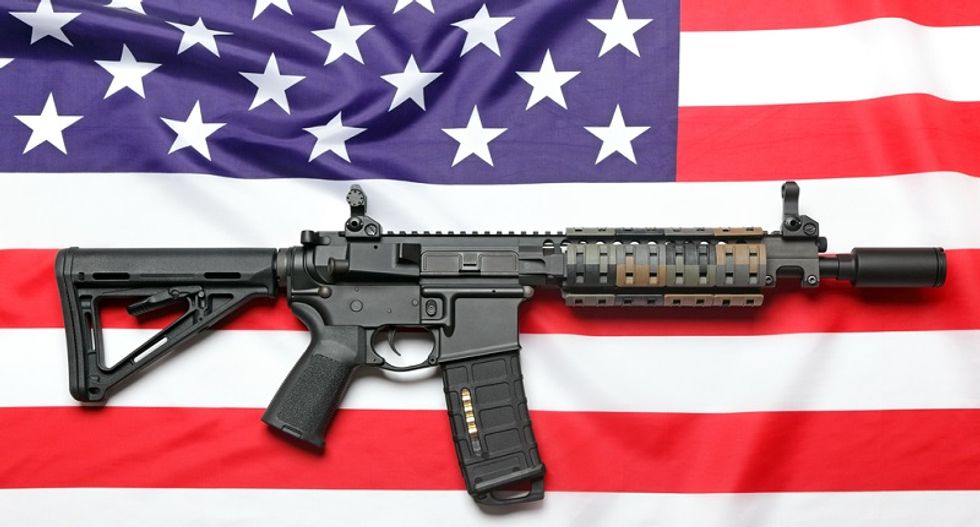 On October 13, a Milwaukee jury awarded two police officers US$5.7 million in a lawsuit against a gun store that sold the weapon that was used to shoot them.

The case comes 10 years after Congress immunized gun sellers from civil liability arising out of criminal misuse of a firearm.

With the nation reeling from numerous mass shooting incidents like the one that shook a small Oregon town October 1, this law was the subject of a question during the first Democratic debate.

Presidential candidate Hillary Clinton, who voted against the law as a senator from New York, has called for its repeal. Senator Bernie Sanders of Vermont, who voted for the immunity measure, has promised to reconsider his position.

Congress is unlikely to revisit this issue anytime soon. But as a scholar who has written extensively about attempts to use civil litigation to reduce gun violence, I believe lawsuits like the one in Milwaukee could well provide the gun industry with an incentive to police gun shops so that they lower the risk that the weapons fall into the wrong hands.

The police officers in this case each sustained serious injuries after being shot in the head.

Their legal team successfully argued that their case falls under an exception to the federal immunity law. This exception holds a gun seller liable if he knowingly violates a federal gun control law.

The officers presented evidence that the Badger Guns clerk had reason to know that he was facilitating an illegal straw purchase when 21-year-old Jacob Collins purchased a handgun for 18-year-old Julius Burton. Store video shows the underage Burton accompanying Collins into the store, pointing out the gun that he wanted and standing next to Collins during the purchase.

According to evidence at the trial, Collins initially listed Burton as the purchaser of the gun on the federal background check. The clerk watched as he changed it to his own name. Store co-owner Mick Beatovic testified that these constituted “red flags” that an illegal straw purchase was under way.

After the verdict, the foreperson explained the jury believed that the gun store’s business practices were “shoddy.”

He cited evidence that the store had no policies regarding responsible sales practices. The store didn’t provide training for its clerks. Store personnel didn’t appear to have any familiarity with the federal laws governing firearms sales. They didn’t understand how to fill out federally mandated background-check forms.

Since 2000, the National Shooting Sports Foundation – the gun industry’s trade association – has run a campaign to prevent straw purchases called “Don’t Lie for the Other Guy.” It provides training materials for store managers and clerks to help them identify straw purchases.

Pressure on the industry

These preventive measures are voluntary. Given gun rights advocates' successful track record of blocking new gun control legislation in Congress and in most states, they are unlikely to become mandatory anytime soon.

However, the threat of civil jury verdicts like the one in Milwaukee is likely to pressure gun sellers to adhere to what their own industry considers to be reasonable precautions to prevent illegal sales. If the threat of a $5.7 million verdict is not enough to incentivize rogue gun stores, it will certainly capture the attention of their liability insurers, who may insist on such precautions as a condition of coverage.

Insurance companies that provide property insurance coverage to gun stores already require that retailers employ secure firearm and ammunition storage practices on their premises to reduce the risk of theft.

Critics of lawsuits against the gun industry argue that it is unfair to hold gun sellers liable for the conduct of criminals who misuse the weapons they sell. They compare holding gun store owners liable for shootings to making car dealers responsible for crimes committed with cars like bank robberies. But these analogies miss an important point.

The underlying issue at the heart of lawsuits against the gun industry is whether the industry should bear some responsibility for policing gun sellers. The basis of the Milwaukee store’s liability was not the misuse of the gun by a criminal but its own illegal sale of the weapon.

The example of the food industry

Industry responsibility for public health and safety is widespread.

The food industry, for example, has long recognized that it bears primary responsibility for ensuring food safety from farm to factory to fork. Industry associations develop detailed food safety guidelines designed to complement government regulations. Companies undergo voluntary audits to verify their compliance. The threat of civil liability provides a strong motivation for these industry measures, which have greatly reduced the risk of foodborne illness.

Of course, there are many differences between the firearms and food industries. The risk of straw purchases differs from the risk of bacterial contamination. Nonetheless, the basic idea that an industry should play an active role in managing risks to public health and safety related to the products it sells is widely accepted outside of the gun industry.

Industry standards backed by civil liability are a less heavy-handed way to reduce the risk of gun violence than federal gun control legislation, which gun rights advocates consistently oppose as a threat to widespread private ownership of firearms.

The recent verdict in Milwaukee suggests that there may be a way for the gun industry to reduce the risk of straw purchases as a source of crime guns without impinging on legal sales to qualified buyers.