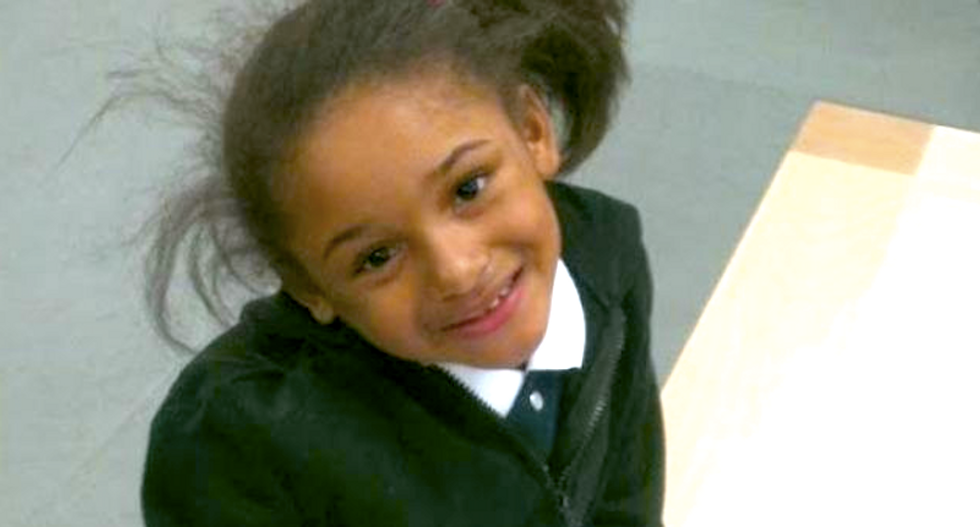 A Georgia girl was killed in an apparently accidental shooting that also wounded her mother.

Marsha Lynch said she was braiding her daughter's hair when a handgun fell to the floor and fired, striking her in the leg and then shooting her 8-year-old daughter in the head.

Sharia Lynch died from the gunshot wound before she could be airlifted to an area hospital.

“She was a precious little girl, she made everybody laugh -- she was the kind of kid in class everybody loved,” said Ann Arnold, principal of Sara Ragsdale Elementary School. “Our hearts are just broke. We’ve got a lot of tears going on, of course. We’re in shock right now.”

The Paulding County Sheriff's Office is investigating whether the gun belonged to Lynch or her adult son, and authorities also want to know why the .9 mm handgun fired when it was dropped.

A firearms expert said a standard safety feature should have prevented the accidental firing unless the gun had been altered to give it a shorter trigger pull.

Two of Lynch's daughters who live in the home have been placed in child protective custody.

Deputies seized a rifle from the home during the investigation.

Authorities said they believe the shooting was accidental and are not investigating the girl's death as a homicide.