'A dog would have gotten more attention': Texas cops watched man bleed to death after shooting him 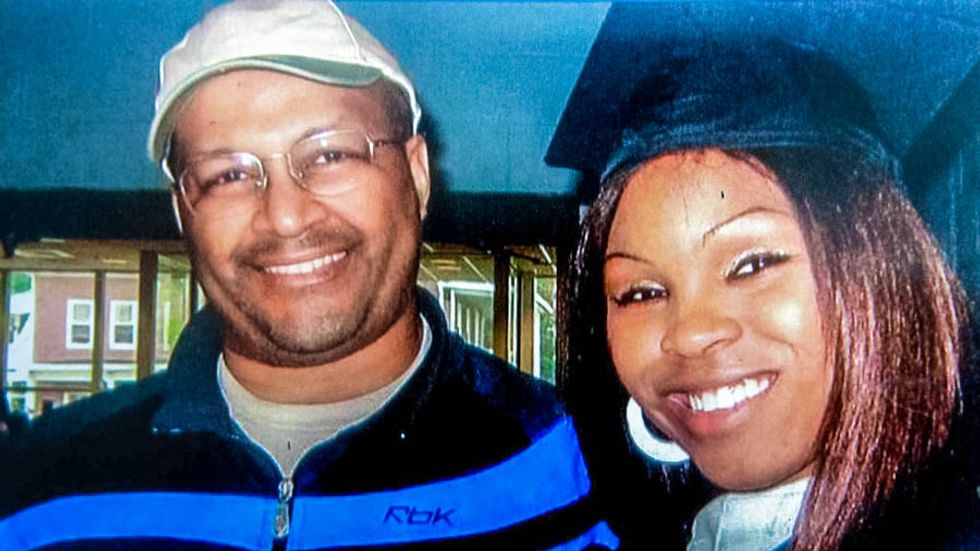 A Texas family has questioned the actions of police officers who shot Charles K. Goodridge and then declined to provide medical assistance while he was bleeding to death on the ground.

According to The New York Times, Goodridge had been fired from his job at Hewlett-Packard after filing a racial discrimination suit in 2009. And although he had been evicted from his apartment at Village in the Woods, he had reportedly been warned about trespassing.

A police report said that off-duty Harris County Deputy Francisco J. Ruiz spotted Goodridge trespassing in the fitness center at around 2:17 a.m. on July 9, 2014. Ruiz, who worked at the apartment complex as a security guard, reportedly returned to his apartment to retrieve his gun and badge before confronting Goodridge.

The report stated that Ruiz tried to place Goodridge in handcuffs in the fitness center, but he escaped. Ruiz then followed Goodridge to the parking lot, where the suspect allegedly attacked him. Ruiz said that he “became fearful that Goodridge was going to take his gun and kill him with it, so when he gained some distance from Goodridge, Ruiz pulled the gun and shot Goodridge twice."

Dashcam video obtained by the Times indicated that deputies on the scene made no effort to stop the bleeding after calling for an ambulance.

“He was shot twice, bleeding, and nobody did anything,” Goodridge’s mother, Lucille, told the paper. “I don’t think that if he was white they would have just left him like that. A dog would have gotten more attention than he did.”

To make matters worse, the constable's office initially contacted an ambulance company that did not serve the crime scene. The dispatcher also provided the wrong address to the second ambulance company.

Goodridge died an hour after making the 30 mile trip to the hospital.

“They watched while he was bleeding to death, and that bleeding could have been stopped because it didn’t hit any major organs,” he said. “The fact that they didn’t do any CPR in this instance probably didn’t matter much. The thing that had to be done in this case is stop the internal bleeding, and you can’t do that from the outside. You’ve got to do it in the operating room.”

Retired Los Angeles detective Timothy T. Williams Jr., who is an expert on police practices, watched the dashcam video and concluded that the deputies acted improperly.

“They didn’t care that the suspect needed attention,” Williams noted. “There was a callousness as it relates to his injuries. It was almost like, ‘We’ll get to you when we get to you.’”

How GOP megadonors 'got beat up hard'

In the 2022 midterms, billionaire Peter Thiel donated millions of dollars to MAGA candidates, CNBC reports. But journalist Tom Perkins, in an article published by The Guardian on December 6, stresses that the GOP megadonors who invested heavily in MAGA candidates got very little in return for their money, including Thiel.

“Some donors who spent eight figures notched zero wins in the Senate, while others spent far more money on losing candidates than winners,” Perkins explains. “In the midterms, some of the biggest losers were Republican donors. Among the clearest of those losers is Mehmet Oz, who self-funded much of his own failed run for office — loaning his Pennsylvania U.S. Senate campaign about $22m, or about 55 percent of the roughly $40m he raised. Meanwhile, candidates backed by Peter Thiel, the right-wing tech investor hyped pre-election as a new GOP ‘kingmaker,’ lost in Arizona and Washington, calling into question his judgment and contributions’ value.”