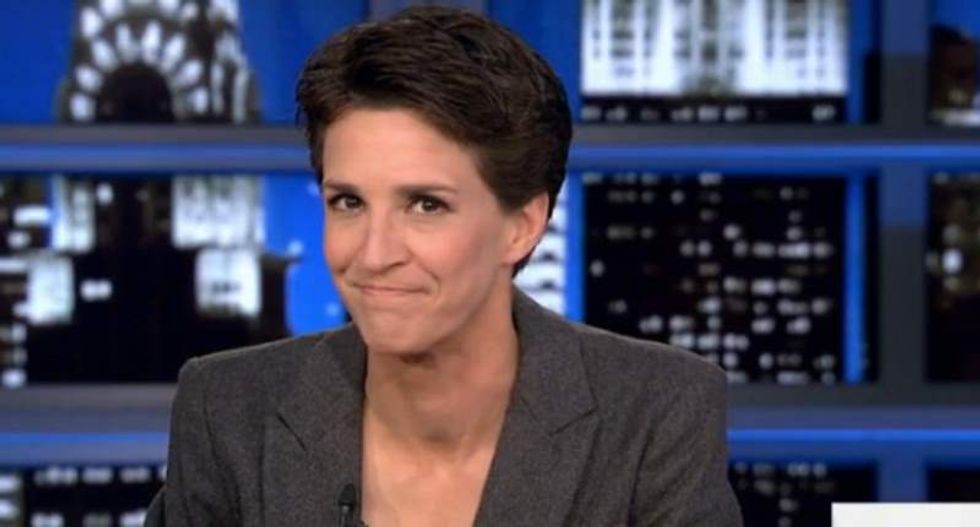 MSNBC host Rachel Maddow went from being bemused on Wednesday over Sen. Rand Paul (R-KY) broadcasting himself on the campaign trail to suggesting some sympathy for him.

"This is live. We all just heard you say you feel like you're 102 when you're doing this with your life these days," she said. "This is your life. We can all see you. Honestly, though, we're starting to feel bad about it at a human level."

Maddow noted that Paul livestreamed his campaign appearances on Tuesday, and showed footage of the Republican presidential candidate showing some possible frustration while answering a question about his age.

"The real answer is 52, but I sometimes feel about 10 to 20 to maybe 30 to 40 to 50 years older after a day of this," Paul says. Later, the senator huffs that he "wouldn't be doing this dumba*s livestreaming" if he were not continuing his campaign despite gaining between 1 and 4 percent of the vote in various polls.

While fellow Republicans are encouraging Paul to forego his national campaign and focus on getting re-elected to the Senate, Maddow said, the Tea Party legislator might also have put himself online to draw attention away from the trial of two aides working for his father, former Rep. Ron Paul (R-TX), during the 2012 presidential campaign.

"It turns out, it is kind of a small, sad place to be," Maddow said of the scenes from Rand Paul's campaign.

His former bodyguard is the one who really knows where the bodies are buried: Ex-Trump Org executive