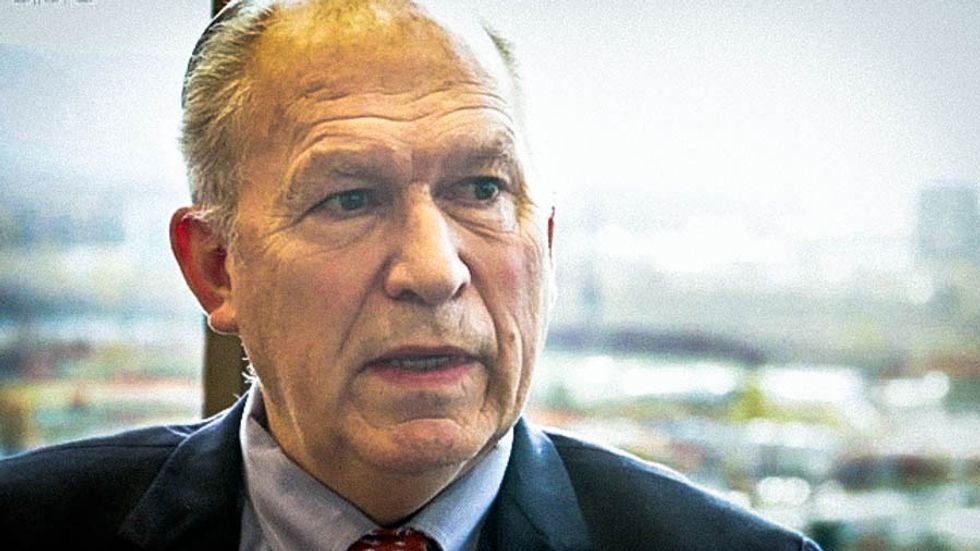 Alaska Governor Bill Walker (I) said this week that his state should be allowed to drill more oil to help cover the costs of fighting climate change.

Walker told BBC News that many small coastal towns in Alaska were facing erosion caused by climate change, but the state is facing budget shortfalls caused by a drop in energy prices over the last two years. Alaska, which has no income tax, gets 90 percent of it's revenue by taxing oil and gas production.

In one case, the town of Kivalina lost 10 feet of shoreline in a matter of hours last week. Experts have said that it could cost $100 million to move the town.

"We have villages that are washing away because of the change in the climate," Walker explained. "I don't see anybody putting together contribution funds to help move Kivalina, and so that's our obligation."

"We've got about 12 villages in that same situation," he added. "This isn't something we can put off for 10-20 years... We have to begin this process now - it's an absolute urgency for Alaska."

Environmental activists told the BBC that Walker's idea for drilling more fossil fuels to pay for the impacts of climate change was a "simplistic solution."

"What's going on in villages is certainly of concern to me as an Alaskan but I think the governor knows there's never going to be enough money to move everybody that needs to be moved as climate change continues to advance," Lois Epstein of the Wilderness Society pointed out. "It's really not going to be something that the state is going to take on its own. The federal government is going to help, but we really need some bigger strategies to deal with climate change both as a state and a nation."