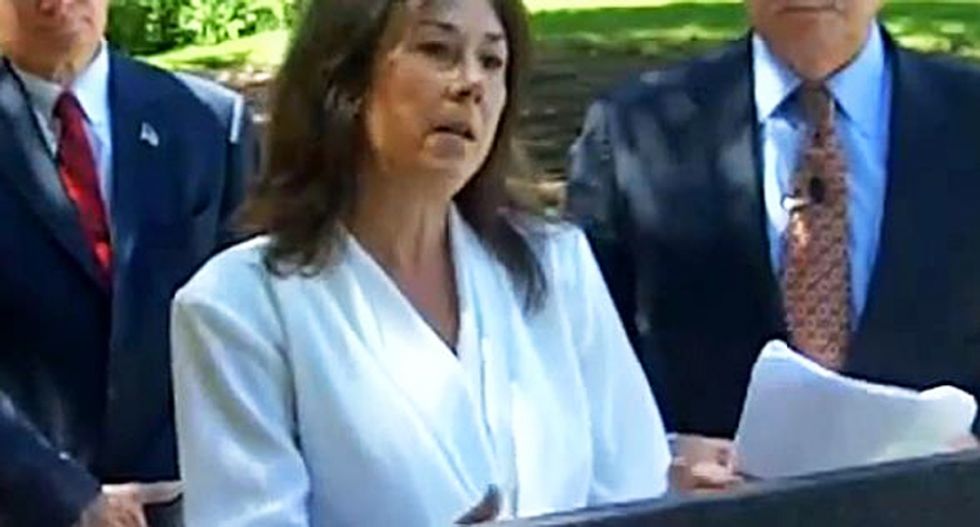 An Arizona woman who sued a Tucson community college claiming she was suspended for complaining about students speaking Spanish in class has been ordered to pay the school over $100,000 in court costs after a jury found she had been verbally abusing the students.

According to Tucson.com, a unanimous jury threw out 52-year-old Terri Bennett's lawsuit after hearing testimony that she had been harassing Hispanic students, calling them "spics, beaners and illegals" while referring to the Spanish language as "gibberish."

Bennett made national news in 2013, when she announced her suit, complaining that school administrators at Pima Community College had suspended her because she complained about her classmates. According to Bennett she was upset that students in the school's nursing classes she attended often spoke to each other in class using Spanish.

According to Bennett, the school was depriving her of her rights as an English speaker.

After hearing testimony, a jury disagreed and tossed her suit in August, leading the school to go after Bennett for the $311,000 PCC’s attorneys sought in legal expenses for defending the school.

According to the school's attorneys, they want to stop frivolous lawsuits aimed at making a political statement.

“You can’t go around as a college telling people they can’t speak their own language,” explained PCC attorney Georgia Staton.