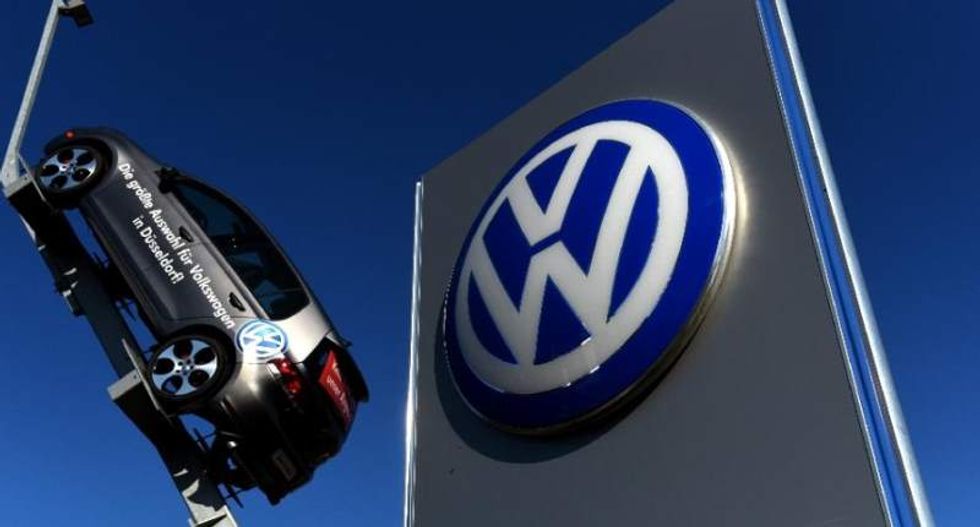 As Volkswagen struggles with its biggest ever crisis over the global pollution cheating scandal, its car parts suppliers in Germany are bracing for deep cuts.

Business newspaper Handelsblatt, quoting unnamed sources, said the auto giant is planning to save 3 billion euros ($3.4 billion) on the back of its suppliers, mainly component makers.

VW declined comment on the report, but the sector has become increasingly jittery.

Wiring systems supplier Leoni cut its revenues and margins forecast for this and next year, saying that "sales to some customers will likely not be at the previously budgeted level".

The company did not specify which customers these were, and would not draw a link with Volkswagen, saying that creating a connection would be "speculation".

"The Volkswagen case has nothing to do with the adjustments of our forecasts," group spokesman Sven Schmidt told AFP, adding that he had seen no impact on the company's business with Volkswagen.

But Leoni conceded that "the VW affair has introduced a factor of uncertainty that affects the solidity of our planning".

The group's shares lost a third on the Frankfurt market on Tuesday, dragging other car parts suppliers like Rheinmetall down too.

Businesses in some of Germany's regions are particularly exposed.

In northern Germany's Lower Saxony, where Volkswagen is based in the city of Wolfsburg, "200,000 people work for the component makers and their suppliers," said state premier Stephan Weil.

And that does not include the service industry catering for these companies and their families.

Quite simply put, Volkswagen is the "basis of existence" for many more people, said Weil.

Volkswagen has been forced to reexamine all its investments after a global storm erupted over the revelations it had fitted 11 million diesel vehicles with software designed to cheat official pollution tests.

The company has set aside 6.5 billion euros in the third quarter for the scandal, but its chief executive said that was likely only enough for repair costs.

Volkswagen may also have to pay large fines as it is under investigations in several countries over the case.

In the United States, the company could be fined up to $18 billion (15.8 billion euros) by the Environmental Protection Agency alone.

The Volkswagen brand itself is expecting to slash its investments by 1 billion euros a year. But the group's other brands, including Audi and Seat, could also be hit.

On Friday, Germany's Federation of Metal Traders said there had been "delays, even cancellations on contracted volumes".

Orders could drop by 10 percent, said the president of the federation, whose members include suppliers to car components makers.

Like Leoni, many other component manufacturers are still hoping that the repercussions will be limited, or that they will be able to fill their order books elsewhere.

"We sell our components to several different manufacturers," said Boris Mutius, spokesman for seat maker Grammer, which generates a fifth of its revenues from Volkswagen.

Pump and engine components maker SHW, which generates 40 percent of its sales from Volkswagen, also put on a brave front.

"Our current production volumes and orders are unchanged," said spokeswoman Anja Siehler, dismissing any attempt at forecasting possible repercussions as "gazing into a crystal ball".

"Our contracts with Volkswagen are for the long term and there have not been any changes to date," she said.

But for analysts it is clear that Volkswagen will try to put the squeeze on its suppliers as it seeks to save.

"Obviously, Volkswagen needs to make considerable savings and will look to save through its suppliers," said Ferdinand Dudenhoeffer, professor at the automobile research centre of Duisburg University.

"But I doubt if it will be able to make substantial gains on this," he added, explaining that the German suppliers are either "too big for Volkswagen to dictate its conditions to" -- like tyre giant Continental or Bosch -- or "too small to survive a cut in revenues".