Belgian Scientologists go on trial for fraud and extortion 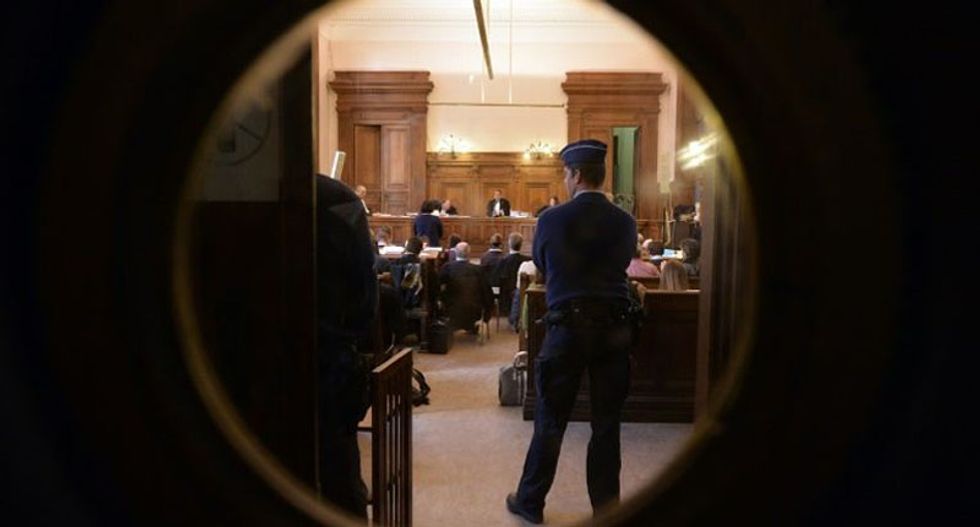 The first session of a trial against 13 persons from Scientology Europe and two Belgian non-profit organisations accused of extortion begins at 69th criminal chamber of Brussels court on october 26, 2015 (AFP)

The Belgian branch of the controversial Church of Scientology went on trial Monday facing a possible ban for fraud and extortion, charges it claims are meant to blacken its reputation.

The case opened in a packed Brussels courtroom where the prosecution demanded that the church, known internationally for superstar members such as Tom Cruise and John Travolta, explain where it got its financing.

"The church's revenues were roughly 5,000 euros a week; 2,000 came from the sale of books and videos and 3,000 from courses and training," the Belga news agency quoted the group's treasurer as saying.

The treasurer, who worked for the church until 2005, said she was not paid but was not required to pay the church fees, while her husband contributed about 10,000 euros ($11,000) for training.

The church stirs sharp divisions -- critics say it is cult and a scam, while supporters say it offers much-needed spiritual support in a fast-changing world.

The Belgian authorities launched a first investigation in 1997 after several former members complained about its practices.

A second probe followed in 2008 when an employment agency charged that the church had made bogus job offers so as to draw in and recruit new members.

The authorities as a result charged 11 members of the Belgian branch, plus two affiliated bodies, with fraud, extortion, running a criminal organisation and violating the right to privacy.

A conviction could lead to a ban.

Last week, the church said it had "no doubt" it would be cleared.

"The Church of Scientology goes to court with the firm intention of seeing the fundamental rights of its Belgian members finally recognised," it said in a statement on Friday.

"Not only does the Church contest the charges against it, which affect the fundamental rights of all Scientologists, it also intends to denounce the serious judicial abuses (against it) of the past 18 years," it said.

Headquartered in Los Angeles, the Church of Scientology was founded in 1954 by American science fiction writer L. Ron Hubbard.

It is recognised as a religion in the United States and in other countries such as Italy, Spain, the Netherlands and Sweden, and claims a worldwide membership of 12 million.