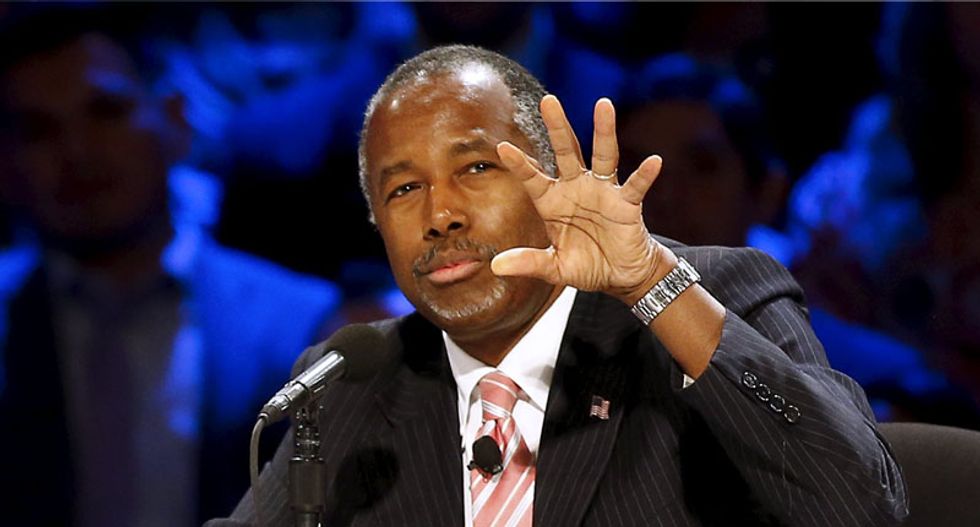 In the survey of 574 likely Iowa Republican caucus participants, 28 percent said they would support Carson, a former physician, compared with 20 percent who said they backed Trump, a wealthy businessman and television personality.

Carson's lead, stemming in part from a big boost among women, falls within the poll's margin of error of plus or minus 4.1 percentage points. Trump had led Carson in the Midwestern state last month, 27 percent to 21 percent.

"It's Ben Carson's turn in the spotlight," Peter Brown, assistant director of Quinnipiac University's polling unit, said in a statement.

Iowa's caucus, scheduled for February, is a key barometer in the race for both Republicans and Democrats seeking their party's nomination for the November 2016 presidential election. Still, a win there is no guarantee and past winners have fizzled, but it can influence fundraising, political momentum and media coverage.

Republican voters have been drawn to Carson and Trump, both political neophytes who have pledged to upend business as usual in Washington.

Trump has been leading most national public opinion polls in recent weeks, with Carson steadily gaining. A Reuters/Ipsos poll showed Trump with nearly 33 percent support among self-declared Republicans as of Oct. 20, and Carson with about 16 percent. Former Florida Governor Jeb Bush came in third with 10 percent.

Among women who were likely to participate in the caucus, 33 percent backed Carson while just 13 percent supported Trump, who has come under fire for some of his comments toward women, including digs at Fiorina and Fox News anchor Megyn Kelly.