Ben Carson: We could have caught Osama bin Laden earlier if we had been energy independent 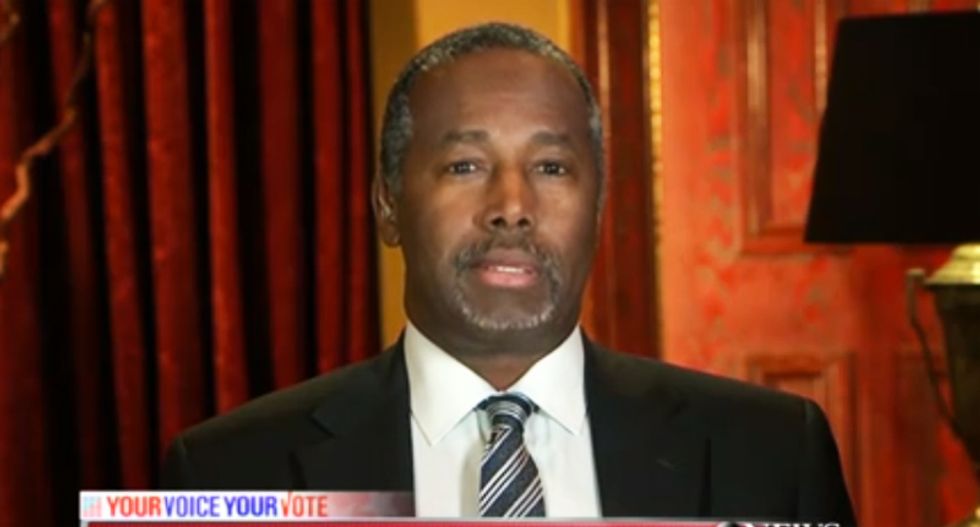 Three of the top GOP presidential contenders dipped back into the past this week by discussing 9/11 and its aftermath, but it was retired neurosurgeon Ben Carson who made the most bizarre claim, saying the U.S. could have captured Osama bin Laden earlier if the nation had taken steps toward becoming energy self-sufficient.

With Donald Trump saying 9/11 might not have happened if he was president at the time, and Jeb Bush defending his brother's inaction, saying “It’s what you do after that matters,” Carson addressed a suggestion he made at a recent GOP debate about nabbing bin Laden.

"Declare that within five to 10 years, we will become petroleum independent. The moderate Arab states would have been so concerned about that, they would have turned over Osama bin Laden and anybody else you wanted on a silver platter within two weeks," he said at the time.

"How would that have worked? How would you have gotten the moderate Arab governments to turn over Osama bin Laden in two weeks?" the host asked.

"Well, I think they would have been extremely concerned if we had declared -- and we were serious about it -- that we were going to become petroleum independent, because it would have had a major impact on their finances," Carson offered. "And I think that probably would have trumped any loyalty that they had to -- to people like Osama bin Laden."

An incredulous Stephanopolous challenged Carson, saying, "But they didn't have any loyalty to Osama bin Laden. The Saudis kicked him out. He was their enemy."

"Uh, well, you may not think that they had any loyalty to him, but I believe otherwise," Carson said without further explanation.