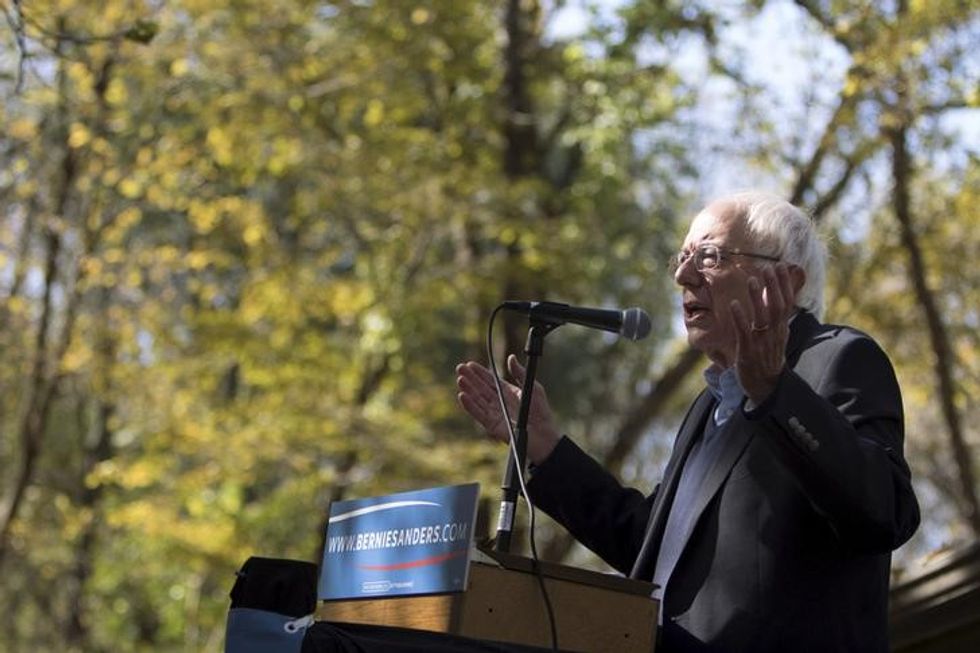 Democratic presidential candidate Bernie Sanders said on Sunday he plans to give a major speech soon to explain his belief in democratic socialism, acknowledging the political label could be a stumbling block to winning over American voters.

The U.S. senator from Vermont, who touted his democratic socialist views in last week's Democratic presidential debate, said many Americans misunderstand socialism and did not recognize it in popular government programs such as Social Security and Medicare.

"I think there are a lot of people who, when they hear the word 'socialist,' get very, very nervous," Sanders told reporters at a campaign stop in Iowa, the state that on Feb. 1 starts the 2016 Democratic nominating contest leading up to the November 2016 election.

"What we're probably going to do to begin with is hold a major speech in the not-too-distant future to define exactly what I mean by democratic socialism," Sanders told a supporter in Iowa City who asked how he would counteract political attacks on his socialist views.

"To me, democratic socialism means democracy. It means creating a government that represents all of us, not just the wealthiest people in the country," Sanders said.

Sanders has become the leading challenger to front-runner Hillary Clinton in the 2016 Democratic presidential race with calls for greater economic equality, including more taxes on the wealthy and corporations and more government spending on programs such as free college tuition and a higher minimum wage.

But the political label of "socialist," with its Cold War associations and images of government takeovers of private industry, evokes negative connotations for many Americans and is typically used as a slur against U.S. politicians.

"I think we have some explaining and work to do, but I think at the end of the day you are going to find more and more people agreeing with our point of view," Sanders said.

"You go to your public library, or you call your fire department or police department, what do you think you are calling? These are socialist institutions," he said.

"They may not be familiar with some of the very positive policies that those governments have developed for the middle class and working families," Sanders said. "So I think that's a discussion we have to have."