Bernie Sanders to pit his bulldog style against Clinton in first debate: 'I don't think Hillary stands a chance' 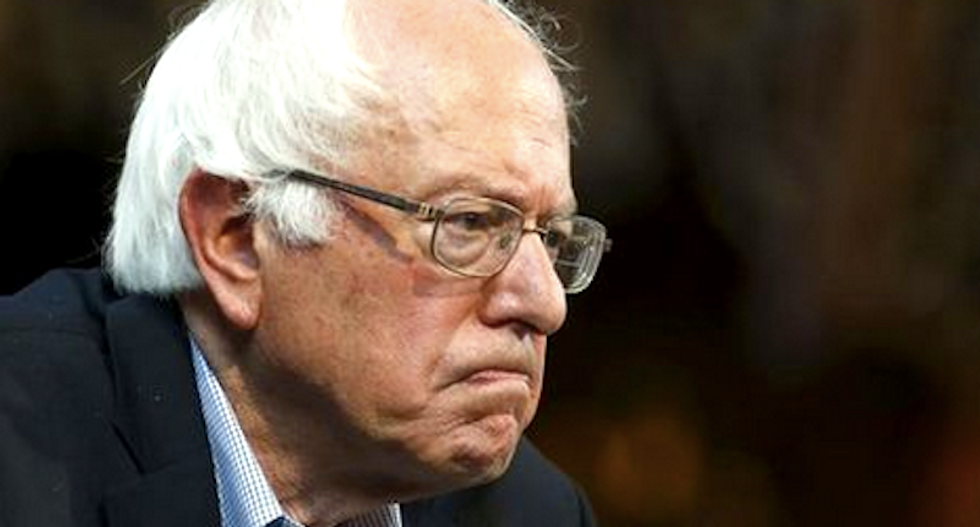 Bernie Sanders, Hillary Clinton’s biggest rival for the Democratic presidential nomination, is a novice to the bright lights of prime-time television, but politicians who have sparred with him in the past predict he will be a tenacious brawler in their party's debate on Oct. 13.

Sanders, a Brooklyn native and self-styled socialist, can be argumentative, confrontational and quick to anger, according to political foes who have butted heads with him. He has come a long way from his first nervous debate performance during a U.S. Senate run more than 40 years ago, when microphones picked up the sound of his shaking knees knocking against the table.

The Vermont senator faces the biggest test of his campaign when he steps firmly into the national spotlight at the first Democratic debate with Clinton, a former first lady and secretary of state who is one of the party's most experienced debaters. A win over Clinton, who has been bleeding support, would be a major coup for Sanders and his insurgent campaign, giving him more momentum and boosting fundraising efforts.

Ahead of the encounter, Sanders is eschewing the mock debates that presidential candidates often use for preparation, his spokesman, Michael Briggs, told Reuters.

Briggs said Sanders was comfortable with his message and views the debate as an “opportunity to talk about the issues he's been talking about for decades."

Clinton and Sanders have kept to a polite tone on the campaign trail, avoiding direct criticism of each other. But Briggs said he expected questions about their differences on issues such as campaign finance and the Trans-Pacific Partnership trade pact, which would liberalize trade in a region stretching from Vietnam to Canada.

"He won't talk about emails," Briggs said, referring to the controversy over Clinton's use of a private email server rather than a government account while she was secretary of state. "He thinks there are more important things to talk about."

Sanders has narrowed the gap with Clinton in opinion polls and has been leading her in the early voting states of Iowa and New Hampshire, according to a CBS poll conducted in September, in part by galvanizing the party's liberal wing with his calls for economic equality and reining in Wall Street.

Sanders has drawn big crowds at rallies and town halls, but the Democratic debate in Las Vegas, Nevada, will put him on the biggest political stage to date. The other participants include former Maryland Governor Martin O'Malley, former Rhode Island Governor Lincoln Chafee and former U.S. Senator James Webb of Virginia.

His former political rivals in Vermont, Republicans and Democrats alike, say the combative Sanders will be a formidable challenger to Clinton.

"There is nobody better at delivering a message than Bernie," said Republican Richard Tarrant, a wealthy businessman who lost a 2006 Senate race to Sanders.

"His style is a little gruff. You can poke at him and get him angry, but he's good at rolling out of it," he said. "He's got numbers, he's got facts, and if he gets caught by surprise he'll shift really quickly to his stump message. I don't think Hillary stands a chance against him."

John MacGovern, a Republican who challenged Sanders unsuccessfully in 2012, said he was determined not to let Sanders "walk all over me" during their four debates, including a one-on-one radio encounter.

He said Sanders repeatedly tried to interrupt him in one debate as he answered a question about federal funding for women's healthcare provider Planned Parenthood but relented once MacGovern pushed back.

"If you didn't fight back, he would just badger you," MacGovern said. "He may not have been on the national stage before, but I do not think it will faze him in the slightest. He will say what he believes and it will be very easy for him."

Sanders has had plenty of debate practice over the years. He first ran for public office in 1972, losing four statewide races before winning the Burlington mayor's office by 10 votes in 1981. He was re-elected mayor three times, served eight terms in the U.S. House of Representatives and is in his second U.S. Senate term.

Paul Lafayette, a Democratic city council member in Burlington who squared off against Sanders in a series of 1987 mayoral debates, said Sanders was a natural debater.

"I've never seen him back down from anyone or anything," Lafayette said, although Sanders has "calmed down" over the years. Sanders' message has been so consistent that he is "giving the same speech now that he was giving when he was mayor of Burlington."

Yet Sanders’ consistency is one weakness Clinton could exploit, MacGovern said. He said Clinton’s campaign “can figure out their replies to him right now – he’s very predictable.”

Joe Trippi, a Democratic strategist who helped former Vermont Governor Howard Dean make the transition to the national political stage in the 2004 race, said Sanders should have no trouble with the jump.

"It's a lot easier when you are the insurgent," Trippi said. "There is a sort of self selection -- everyone else took a pass, but you are the one who decided to take on Hillary Clinton. So I don't think it's in his DNA to be afraid."