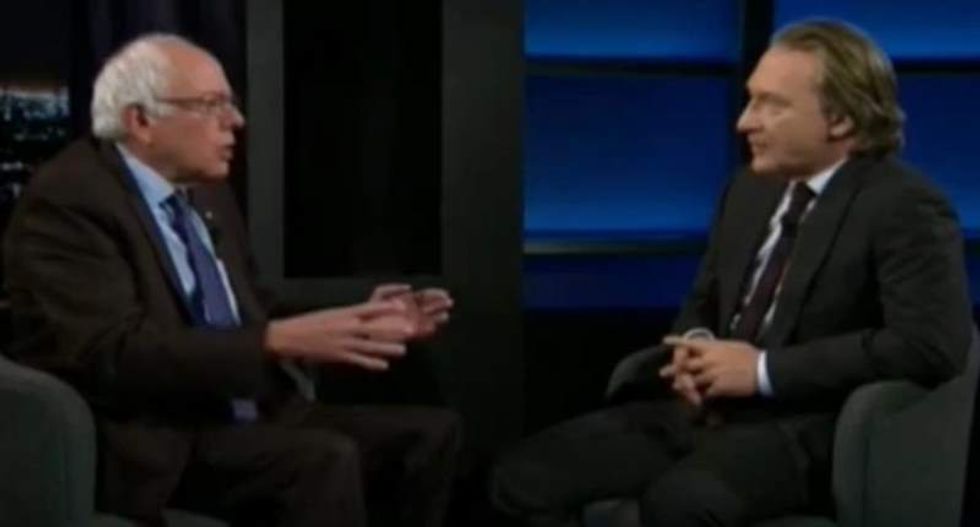 While voicing his support for Sen. Bernie Sanders' (I-VT) presidential campaign on Friday, Real Time host Bill Maher expressed skepticism that he could win over voters by calling himself a "Democratic Socialist."

"This is my big thing tonight -- to get you to undemonize this word," Maher said, arguing that while more Americans are willing to elect a gay person or even an atheist, they still show reluctance to supporting a socialist at the polls.

"Then what we do is, we have to make the movement, if you like, to correlate [with] what we're talking about," Sanders responded. "On every one of the major issues I am talking about, the American people agree."

The senator cited support for free public college tuition, and raising taxes on corporations and the wealthy to boost his argument.

However, Maher countered, taxing "people who own a yacht" would not generate enough revenue to cover the cost of Sanders' policies. The host also pointed out that the candidates' home state of Vermont was not able to pay for universal medical care for its residents.

"Then the question is, Bill, you tell me: why is it that every other major country --" Sanders said before Maher jumped in.

"I will tell you why -- because they control both ends of it," he said. "If you're saying that the government is gonna pick up the tab, but not make the insurance companies, the hospitals, and the doctors not gouge people, then we are gonna break the budget. It has to work both ways."