Bill Maher: The real link between mass shooters is that they're all 'women-repellent' 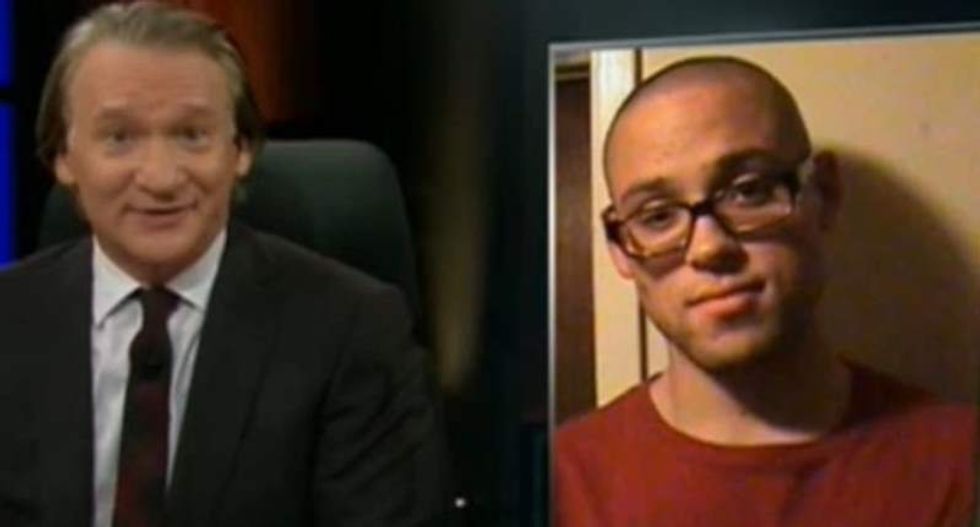 Bill Maher closed out Real Time on Friday by saying that people should stop trying to blame video games or a lack of religion for mass shooting attacks, and instead focus on how lacking many of the culprits are when it comes to a lovelife.

"This is a pattern no one is talking about: mass killers are almost always male, and almost always women-repellent," Maher argued. "And what must make it even worse for them is America. Because if you live in America, it just looks like everyone is getting laid all the time."

Maher noted that Chris Harper Mercer, Timothy McVeigh, and Adam Lanza -- among others -- were either virgins, constantly single, or both. And they also tended to complain about those facts in explaining their actions.

"They may have been on Prozac because they were feeling blue," Maher said. "But you know what else was feeling blue? Their b*lls."

However, in warning viewers about angry "throbbing" male sexual frustration, Maher also tried to link it to Islamic terrorist attacks by showing images of women in niqabs.