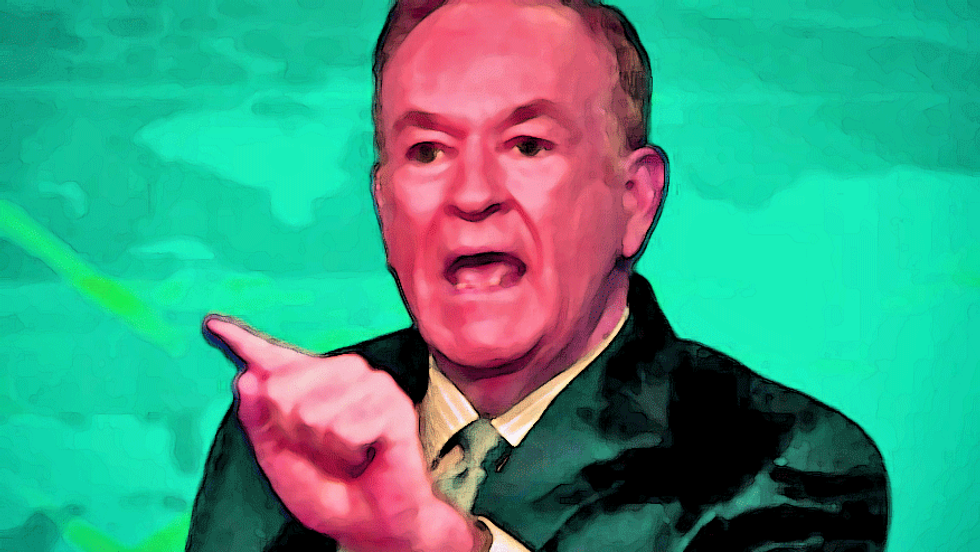 Fox News host Bill O'Reilly was upset on Wednesday that his network was criticized by name by a member of the San Francisco Board of Supervisors during the board's vote to keep supporting its "sanctuary city" policy, Media Matters reported.

"Let me be very clear. That woman is a disgrace, and if I were the attorney general of the United States, I would immediately place her under arrest," O'Reilly said of Supervisor Malia Cohen. "I might not win the case, but I would send a message to all subversive office holders in this country, that if you do not obey federal law, you yourself will be prosecuted."

As SFGate reported, the board unanimously passed a non-binding resolution supporting the policy, which states that Sheriff Ross Mirkarimi and his department may not notify federal officials when they are detaining undocumented immigrants, except for cases in which the immigrant has been convicted of a violent felony within the past seven years while also being charged with a violent felony at the time of their detainment.

O'Reilly has criticized the policy in the wake of the fatal shooting of Kathryn Steinle in San Francisco this past July. The suspect, Francisco Sanchez, had not fulfilled the requirements for being held by local authorities during his previous detainments, and has re-entered the US after being deported multiple times. He is currently facing murder charges for Steinle's death.

The host accused Cohen of speaking to Steinle's family and their supporters when she said, "We cannot allow one event to dictate 25 years of our city's policies towards undocumented immigrants in our city. And more importantly, we cannot allow hateful conservative news stations to drive how we respond to incidents in our city. I'm not afraid of Fox News and they don't influence how I make my policy decisions here in San Francisco."

Viewers did not, however, see Cohen's follow-up remark: "We can talk all we want about improving public safety in this building, but if people in our community don’t trust law enforcement, no level of police staffing is going to make our community safe."

Instead, O'Reilly said the board's vote was proof that there are elected officials undermining US law, calling the city "hopeless."

"There comes a point when the American people have to rise up and elect responsible people to run the country, throw out the irresponsible people," he said. "Because right now, you know what? Things are officially out of control here."

Watch O'Reilly's remarks, as posted by Media Matters, below.