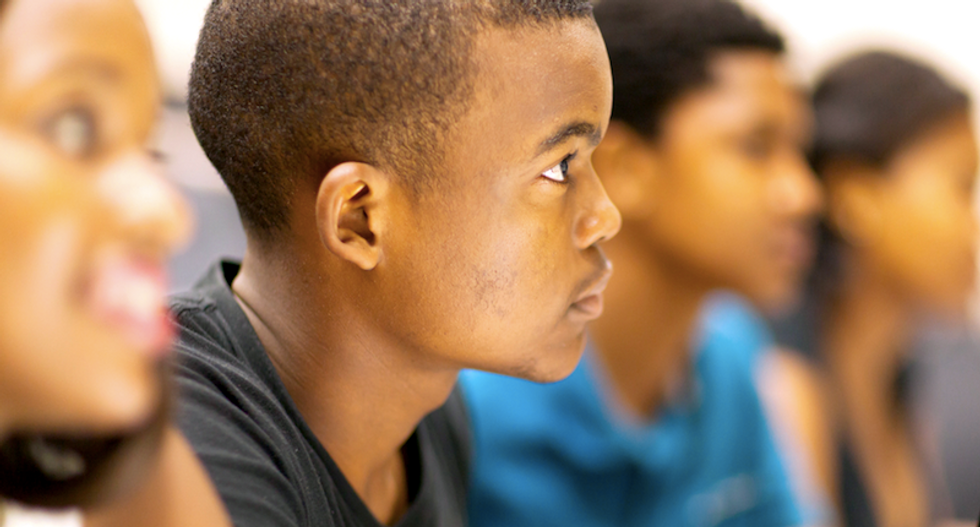 A Florida teacher was suspended for 30 days without pay for calling a group of students "dumb ass n*****s."

The Duval School Board suspended Ernest Woodard Jr. after an investigator found the Northwestern Middle School teacher had used the racial slur during the last school year, reported The Florida Times-Union.

Woodward, who is black, said he never cursed or used racial slurs in front of students at the Jacksonville school, which is 97 percent black.

He said the acronym D.A.N. refers to his boyhood friend, Daniel, who he described as a troublemaker.

The investigator said Woodward called misbehaving students D.A.N.'s or told them not to act like D.A.N.'s, and several students and some adults said they believed the acronym was intended as an insult to their intelligence ending in a racial slur.

A special education teacher said Woodward told her the acronym was intended to mean "dumb a** n****r."

Students said he referred to one group of classmates as the D.A.N. section and other as the successful section.

One student said she heard Woodward use the phrase at least 20 times to refer to students, and another teacher said he heard him say it “openly and loudly” but never reported him because no students complained and because he assumed administrators knew and found the term acceptable.

The formal investigation didn't begin until Aug. 31, after a parent called Principal Tyrus Lyles to learn the status of an investigation opened last year -- when the complaints were first made.

Arvin Johnson, who was principal last year, said he examined the complaint but found no evidence that Woodward intended his remarks as racist.