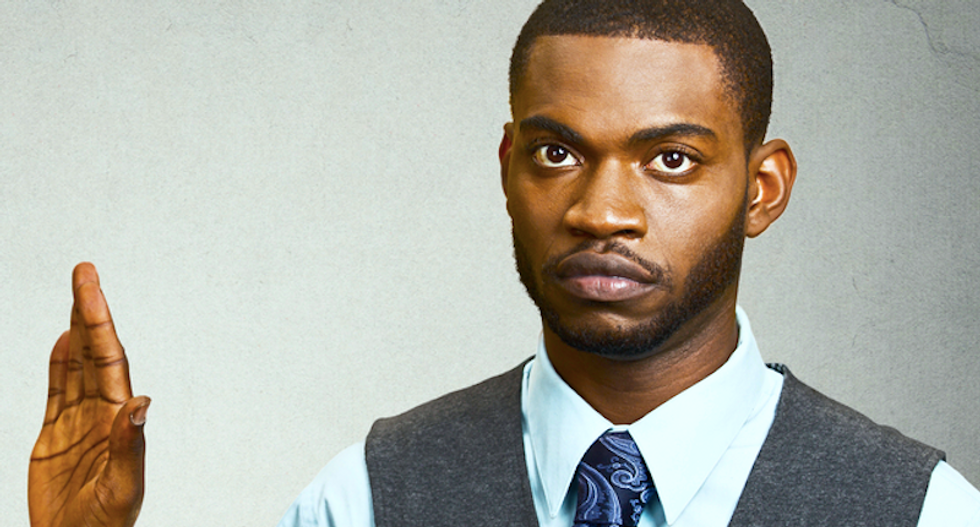 A black man says he was asked to prepay for his meal at a Washington restaurant -- even though white customers were allowed to pay after they had finished eating.

The 44-year-old Eason, a Multnomah County, Oregon, sheriff's deputy and real estate agent, said he went Dec. 16, 2014, to the Vancouver restaurant and ordered breakfast -- and the waitress told him he must pay for his food before she would serve him.

"I was kind of curious about it and said, 'Well, is that new?' And she said 'Yes, we had a few walk-aways and my boss asked me to ask for prepayment," Eason told the newspaper.

Eason said he thought nothing of the request until he ordered another drink and the waitress asked him again to pay first, and he told the woman that he considered the policy "kind of odd."

"She said, 'I think it's discrimination and my boss is here, and she's forcing me to have me do this,'" Eason said.

He said the waitress was apologetic, and he actually felt bad for her and gave her a big tip and one of the $10 Starbucks gift cards he planned to send to clients.

Eason left the restaurant, but he was troubled by the experience and returned about a half hour later and asked a white couple dining at Elmer's whether they had been asked to prepay.

The couple said they hadn't.

Eason asked the pair for their names and phone numbers, which they shared.

He wasn't sure what he planned to do about the experience, but he couldn't sleep that night and his family encouraged him to take action, the newspaper reported.

Eason eventually filed a lawsuit in Multnomah County Circuit Court seeking $100,000 in damages for his "feelings of racial stigmatization."

A spokeswoman for the Elmer's restaurant chain, which was founded in 1960 and has 25 restaurants in four states, said the company was investigating Eason's claims.

"At Elmer's, we are proud to provide a welcoming guest experience to everyone in the communities we serve," said Jill Ramos, director of restaurant support. "We are disappointed to hear about the complaint which occurred at one of our franchise-operated restaurants."

"My office is right down the street there," Eason said. "It's a constant reminder of 'they don't want me in there.'"

A previous version of this story incorrectly placed the restaurant in Oregon.