Bobby Jindal blames Oregon shooter’s anti-gun dad: ‘He owes us all an apology’ 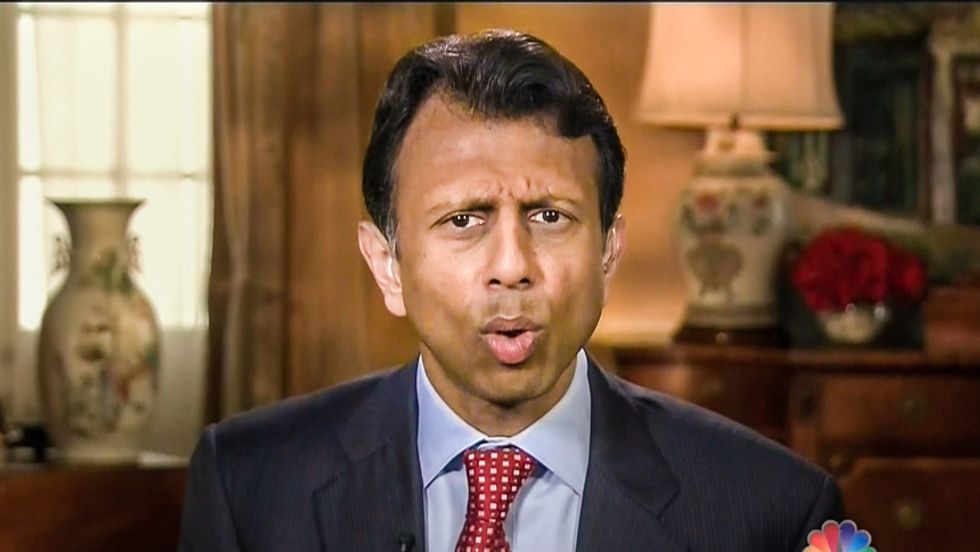 The Republican presidential candidate warned readers in a blog post on the conservative Red State site that "someone needs to speak the truth for a change" -- but he offered essentially the same complaints conservatives have always had about political and popular culture.

Jindal complained that President Barack Obama and Democratic presidential candidate Hillary Clinton had pointed toward the Oregon community college massacre "in a race to see which of them can be the most extreme in trying to destroy the Second Amendment."

He said mass shootings had little to do with the easy availability of guns.

"These acts of evil are a direct result of cultural rot, and it is cultural rot that we have brought upon ourselves, and then we act like we are confounded and perplexed by what is happening here," Jindal said.

Jindal rattled off a litany of root causes, including the glorification of "sick and senseless acts of violence in virtually every element of our pop culture" -- something he said had been going on for at least a generation.

"Our music does the same thing, we promote evil, we promote the degradation of women, we flaunt the laws of God and common decency and we promote it all and we flood our young people with it."

He said legal abortion and treatment of the elderly showed that "we have no regard for the sanctity of human life in any regard."

But mostly, he blamed single mothers and absentee fathers.

"Let’s get really politically incorrect here and talk specifically about this horror in Oregon," Jindal said. "This killer’s father is now lecturing us on the need for gun control and he says he has no idea how or where his son got the guns."

Jindal continued his personal attack on the killer's father.

"Of course he doesn’t know," Jindal said. "You know why he doesn’t know? Because he is not, and has never been in his son’s life. He’s a complete failure as a father, he should be embarrassed to even show his face in public. He’s the problem here."

"He brags that he has never held a gun in his life and that he had no idea that his son had any guns," Jindal continued. "Why didn’t he know? Because he failed to raise his son. He should be ashamed of himself, and he owes us all an apology."

Jindal wrapped up his complaints by taking an anachronistic swipe at liberals, who he said were apparently nostalgic for the 13th century.

"The shallow and simple minded liberals will continue to blame pieces of hardware for the problem, and they will long for the days before firearms were invented," the candidate said.