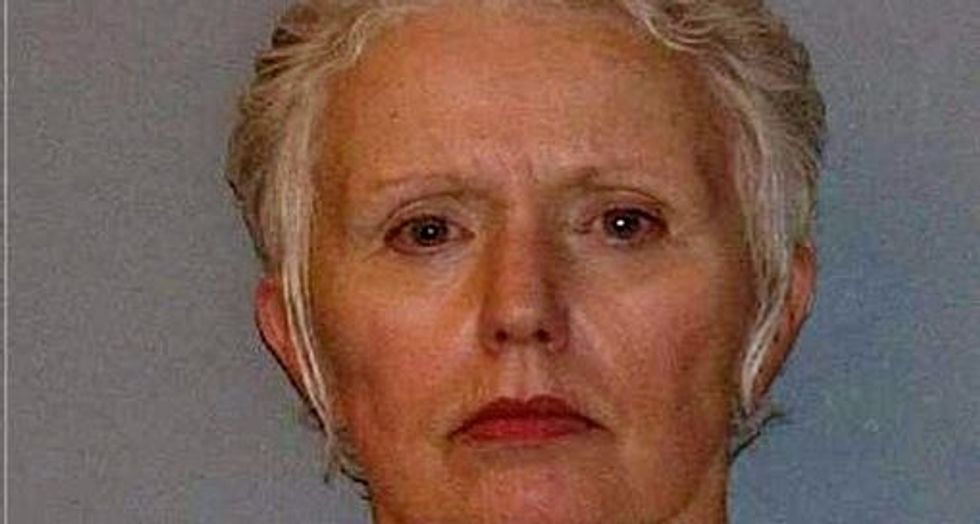 The longtime girlfriend of former Boston mob boss James "Whitey" Bulger pleaded not guilty on Monday to contempt charges for refusing to testify about whether anyone helped the couple during their 16 years on the lam.

Catherine Greig, 64, is already serving an eight-year sentence in federal prison in Waseca, Minnesota, after pleading guilty in 2012 to identity fraud and harboring a fugitive stemming from her years hiding with Bulger.

Bulger, 86, was convicted in 2013 of murdering or ordering the killings of 11 people while he ran the notorious "Winter Hill" gang in the 1970s and 1980s. He is serving a life sentence in a federal penitentiary in Sumterville, Florida.

Greig, in a blue prison jumpsuit, spoke little during a brief appearance at U.S. District Court in Boston, telling a magistrate judge she understood what was going on and that she was "not guilty" of all charges.

Prosecutors contend Greig repeatedly refused to testify to a grand jury investigating whether anyone else helped the mobster, who fled Boston in 1994 after a corrupt FBI agent tipped him off that his arrest was imminent.

"This constitutes a bit of overreach," Greig's attorney, Kevin Reddington, said after the hearing. "She'll be serving more time than some of the people who killed people in this case."

Kevin Weeks, a member of Bulger's gang who testified against his old boss at Bulger's 2013 trial, served five years in prison for his role as an accessory to five murders.

Federal law sets no maximum sentence for contempt of court. Any additional time would be served after Greig's current sentence ends.

Bulger's run atop the FBI's "Ten Most Wanted List" ended in 2011 when agents arrested the pair at their California apartment building.

Bulger's 2013 trial highlighted his dealings with the FBI's Boston office, where fellow Irish-American agents turned a blind eye to Bulger's crimes in exchange for information they could use against the Italian-American mafia, then a top FBI target.

The recently released film "Black Mass," starring Johnny Depp and based on a book of the same name by two Boston Globe reporters, chronicled his rise and fall.

Steven Davis, whose sister Debra Davis was among the people Bugler was accused but not convicted of murdering, said he did not understand Greig's apparent loyalty to Bulger.

"She still makes me sick to my stomach," he said.

(Reporting by Scott Malone; Editing by Will Dunham)