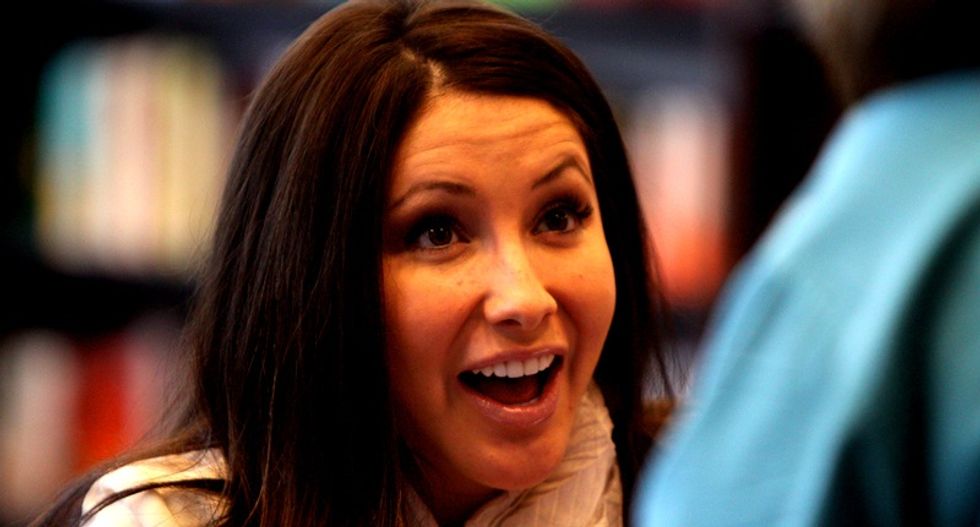 "Their agenda is to attack people of all faiths," Palin wrote on her blog. "And Dawkins has to fit even something as obviously evil as the terrorist attacks on 9/11 into his own radical agenda."

Palin was upset that Dawkins used the attackers as an example of how faith can make good people commit evil actions.

"They themselves might not be horrible people. They might be actually very righteous people. They believe they're doing right," he told Meaning of Life host Gay Byrne. "I think the 9/11 hijackers all sincerely believed that they were doing the right and proper moral, religious thing. They were not in themselves evil. They were following their faith. And faith is pernicious because it can do that to people. It can do that to otherwise decent people."

Footage from the interview also shows Byrne pointing out that dictators like Pol Pot, Joseph Stalin, and Mao Tse Tung were all atheists. Byrne also mentioned Adolf Hitler, but Dawkins pointed out that the German Nazi leader was a Catholic. Hitler's mother was Catholic, and he was reportedly never excommunicated from the religion.

"They did horrible things and they were horrible people," Dawkins said of the other men Byrne mentioned. "But not in the name of atheism."

But while Dawkins was suggesting that the 9/11 attacks were prompted by a radical interpretation of what the Islamic faith demanded, Palin argued that he was "downplaying" their motivations.

"The radical atheist ends up defending the radical jihadists, because according to his crazy ideas, they aren’t evil -- they were just brainwashed," she wrote. "This is an extreme misunderstanding and underestimation of our dangerous terrorist enemies."

Watch footage from Dawkins' interview with Byrne, as posted online, below.