Calls for justice at Corey Jones' funeral, the FL man killed by cops while waiting for roadside assistance 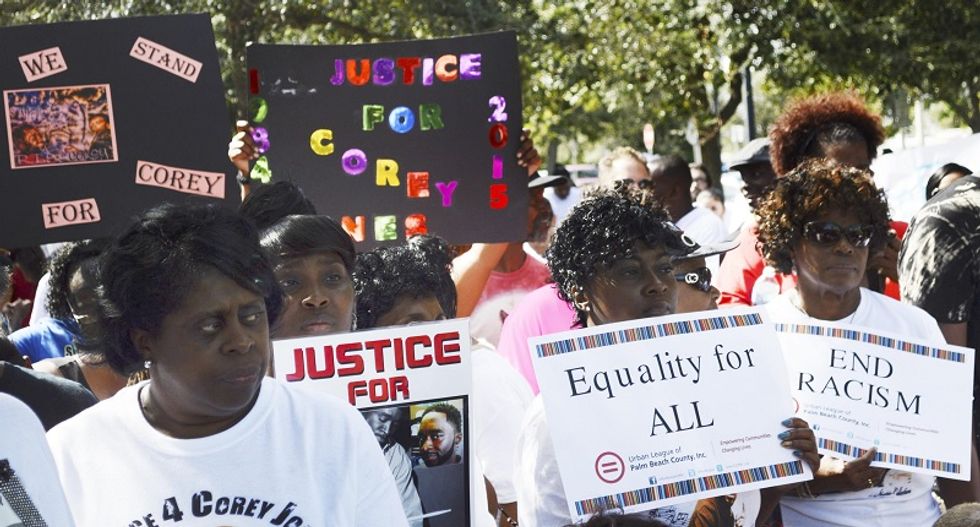 Mourners called for justice on Saturday at the funeral of Florida musician Corey Jones, who was shot and killed by a plainclothes police officer after his car broke down on a highway off-ramp.

The death of the 31-year-old Jones is the latest fatal incident across the country involving police and black men. It has sparked anger and calls for greater transparency, as local law enforcement officials have been slow releasing details about the Oct. 18 shooting.

“We’re going to go to Washington and not stopping until a bill is passed that’s going to stop this brutality,” said Jones’ uncle Steven Banks at the funeral. “I won’t let it go until they swipe the pen and change is made.”

The Rev. Al Sharpton, a prominent activist, media and civil rights figure, echoed that outrage as he delivered the eulogy for Jones.

"If we do not stop this policing problem it doesn't matter if it's a rich area, a poor area, a white area, a black area, this has got to stop because it's going on everywhere," Sharpton said.

Jones never fired the .380 caliber handgun recovered at the scene, according to the Palm Beach County state attorney’s office. He had a concealed permit for the gun, which he had purchased legally three days earlier.

After meeting with the state's attorney last week, family lawyer Benjamin Crump said Raja, who is of South Asian descent, had told authorities he never identified himself to Jones as a police officer.

“If he would’ve just said 'I’m the police,' he didn’t have to show a badge ... My brother would’ve laid on the ground,” Jones’ brother CJ Jones said during the funeral.

The state attorney’s office, the Palm Beach County Sheriff’s Office, and the FBI are investigating the shooting.

Raja, who had been hired by the upscale community’s police department in April, had previously been investigating robberies in the area. He has since been placed on administrative leave with pay.

Telephone records obtained by the Palm Beach Post newspaper show that Jones had been on a 53-minute phone call with AT&T roadside assistance at the time of the shooting.