Canada election does not affect decision on Keystone pipeline: Kerry 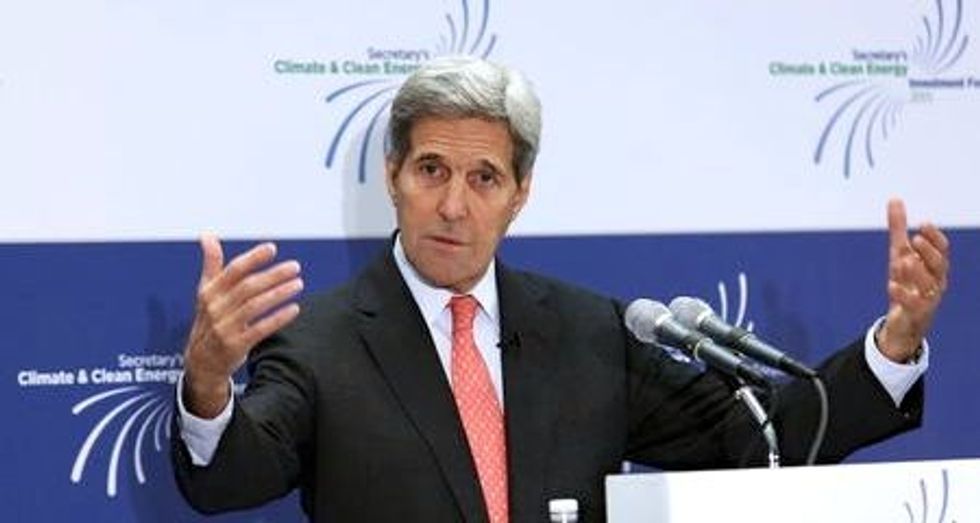 US Secretary of State John Kerry said Tuesday that the ousting of the ruling Conservative Party in Canada's election will not affect his decision on whether to approve the controversial Keystone XL pipeline between the two countries.

Election victor Justin Trudeau of the Liberal party has said he would repair Canada's relations with the Obama administration and take stronger measures against climate change. Trudeau, who defeated Prime Minister Stephen Harper in Monday's election, has been a supporter of Keystone, however.

Kerry, asked at a climate change event in Washington whether the election result would influence his decision, said that he wants the State Department's review of the project to get done quickly. But when asked if that would be "imminent" Kerry said, "I am not going to use the word."

"It will get done in its appropriate moment but I would like to see it done as fast as possible," Kerry said.

Kerry is due to give the State Department's final recommendation to other federal agencies on whether it backs the proposed pipeline, the last formal step before President Barack Obama announces the fate of the contentious project.

TransCanada Corporation, the Canadian company hoping to build the pipeline, first sought the required Presidential Permit to allow the pipeline cross the border from Canada to the United States in 2008.

The pipeline would carry synthetic crude oil and diluted bitumen from Alberta's oil sands to refineries in Illinois and the Gulf of Mexico coast.

The proposal inspired a wave of environmental activism that turned Keystone XL into a rallying cry for environmentalists in the battle over climate change.

The announcement of the State Department decision will trigger a 48-hour review process during which at least eight government bodies can respond to the recommendation on whether building the pipeline from Canada to the United States would be in the U.S. national interest.

Obama will make the final decision on the project.