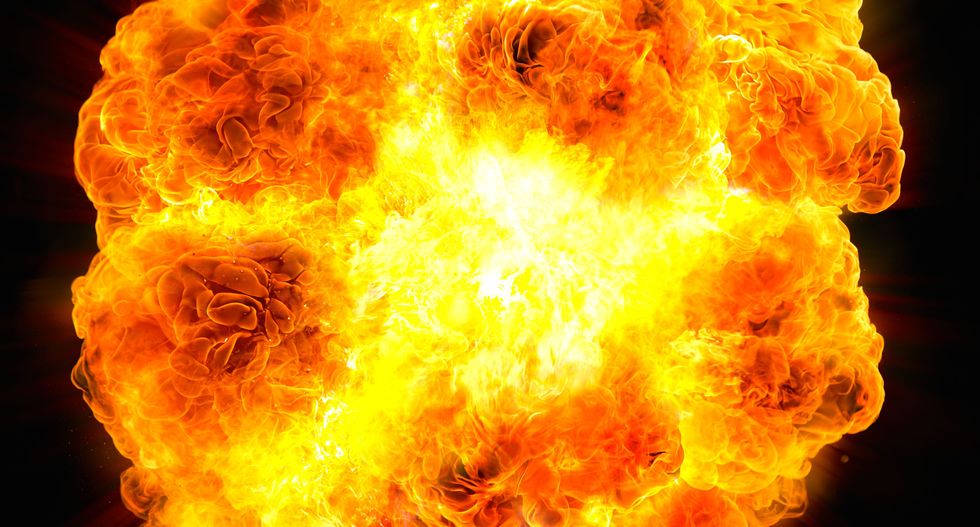 Police in Colorado are looking for a suspected arsonist who was caught on video apparently trying to ignite a jar of gasoline inside a bank's overnight deposit box when he set off a fireball that appeared to engulf him, authorities said on Thursday.

Lieutenant Catherine Buckley, spokeswoman for the Colorado Springs Police Department, said staff at a Wells Fargo bank called authorities early on Sept. 8 to report the smell of gasoline inside the building when they opened for business.

Firefighters evacuated the bank, and a glass jar filled with gasoline was found by police inside the deposit box, she said.

Investigators then reviewed footage from an exterior security camera which captured the early morning incident.

On the video, a man on a bicycle rides up to the bank, removes a jar from a backpack and places it inside the deposit box. He then tries to ignite the device and seems to be engulfed by a fireball, before fleeing on his bike.

Arson investigators are following up on two tips they received after releasing the video this week in the hope of identifying the suspect, Buckley said. (Link to video:

It is unclear if he was attempting to rob the bank somehow, Buckley said, or was just trying to burn the building down.

"Some of the comments on social media said we should be on the lookout for a guy with no eyebrows," she said.