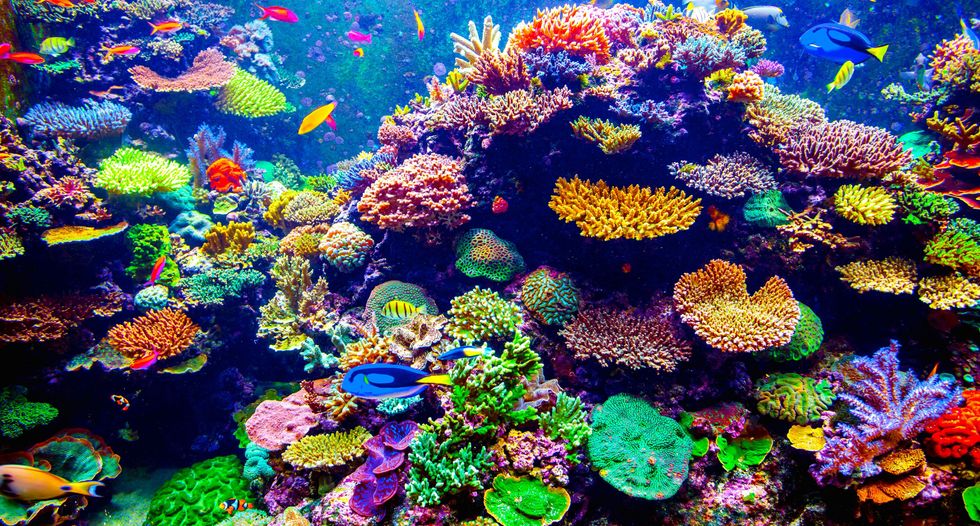 A common ingredient found in sunscreen is toxic to coral and contributing to the decline of reefs around the world, according to new research published on Tuesday.

Oxybenzone, a UV-filtering chemical compound found in 3,500 brands of sunscreen worldwide, can be fatal to baby coral and damaging to adults in high concentrations, according the study published in the Archives of Environmental Contamination and Toxicology.

The international research team that conducted the study, led by Craig Downs, found the highest concentrations of oxybenzone around coral reefs popular with tourists, particularly those in Hawaii and the Caribbean.

Oxybenzone alters coral DNA, makes coral more susceptible to potentially fatal bleaching and acts as an endocrine disruptor, causing baby coral to encase itself in its own skeleton and die, according to the findings.

Between 6,000 and 14,000 tons of sunscreen lotion winds up in coral reef areas each year, much of which containing oxybenzone.

The damaging effects were seen in coral in concentrations of oxybenzone as low as 62 parts per trillion, which is equivalent to a drop of water in six and a half Olympic-sized swimming pools, according to the researchers.

In Hawaii and the Caribbean, concentrations were 12 times higher, according to the sea water testing.

Outside of coral toxins, the Environmental Working Group had previously raised concerns about the chemical, saying that it may penetrate the skin and cause hormonal and cellular changes.

The American Academy of Dermatology, says there is no data showing oxybenzone is a health hazard and notes that it is one of the few ingredients in sunscreen that effectively protects skin from harmful UVA and UVB rays.