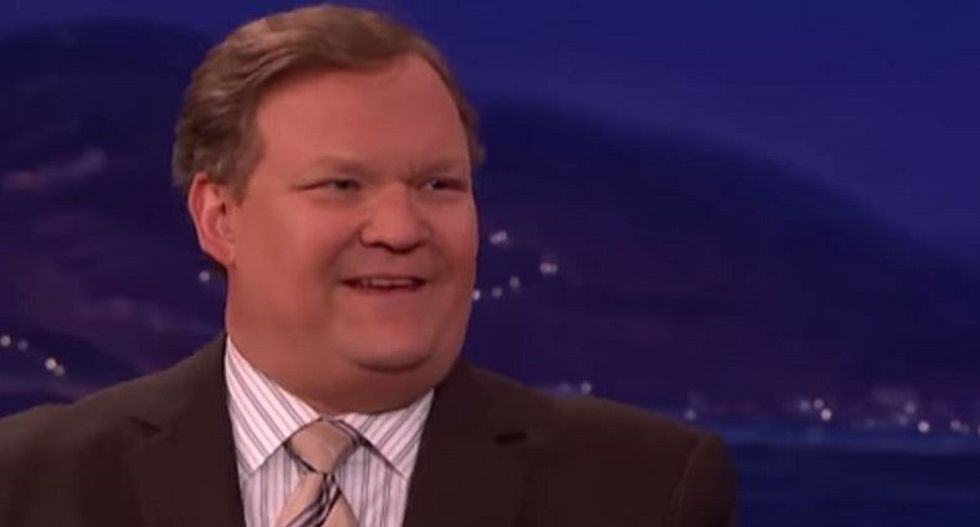 Comedian Andy Richter took to Twitter on Tuesday to do battle with gun fanatics and shoot down some myths about the role guns play in the seeming never-ending string of mass shootings in the United States.

Richter, who is best known as Conan O'Brien's long-time co-host, strongly criticized the NRA after the mass shooting last week at Umpqua Community College in Oregon while calling for gun laws that would prevent similar incidents from happening in the future.

Richter started last night when he tweeted an Oct. 3 column in the New York Times by Nicholas Kristof entitled, "A New Way to Tackle Gun Deaths." In it Kristof runs down statistics like, "In America, more preschoolers are shot dead each year (82 in 2013) than police officers are in the line of duty (27 in 2013), according to figures from the Centers for Disease Control and Prevention and the FBI."

He also calls for lawmakers to approach the problem from a public health standpoint.

Richter was immediately attacked by gun enthusiasts, but used facts to repel them. At one point, he received a message from someone who seemed fine with gun violence because he claimed it mostly affected African-Americans.

A lot of the criticism came from Carmine Zozzora, who argued that the Umpqua campus was a "gun free zone" even though the media has reported that there were people on campus who were carrying guns at the time of the shooting.

He went on to destroy arguments often employed by gun fanatics that prevent gun control in the United States.

Looks like we already have plenty of "good guys w guns." To say more guns is the answer is either deeply misinformed or kinda evil
— Andy Richter (@Andy Richter) 1444147142.0

A couple days earlier, he summed up the ridiculous nature of the extreme pro-gun mindset with this tweet: