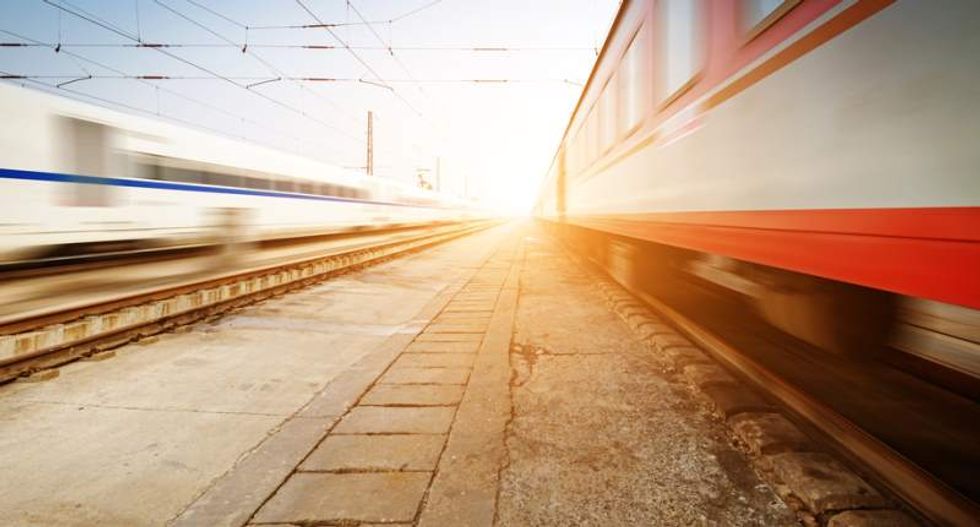 The U.S. House and Senate are "very close" to reaching bipartisan agreement to extend the Dec. 31 federal deadline for passenger and freight railroads to implement new safety technology for avoiding major accidents, an aide said on Friday.

Details of the discussions were not available. But a House Transportation Committee aide said participants were "fairly optimistic" about reaching a deal soon to extend the deadline for positive train control, or PTC, after two weeks of "good conversations."

One aide said four principal lawmakers from the House and Senate, Republicans as well as Democrats, agreed on a course for the talks more than a week ago and instructed staff to work out the language of an agreement.

"We think we are very close," the aide told reporters. A Senate aide also acknowledged that bipartisan discussions were making progress.

PTC is a complex communications system that can avoid derailments and other accidents by automatically slowing or stopping a train under risky circumstances. U.S. safety officials say the technology would have avoided the May 12 Amtrak derailment that killed eight people and injured more than 200 in Philadelphia.

Most U.S. railroads are expected to miss the Dec. 31 deadline for adopting the technology, and have threatened to suspend freight and passenger service on major lines after Jan. 1, 2016, if lawmakers fail to grant an extension.

House lawmakers introduced legislation last month to extend the deadline for at least another three years.

But aides said the House measure's blanket extension for railroads could run into opposition in the Senate. Senators enacted their own bipartisan measure in July that would allow the U.S. Transportation Department to approve extensions on a case-by-case basis.

The House committee aide said a compromise agreement could be added to a six-year bipartisan transportation bill for funding roads and bridges that could come to the floor in two weeks.

But lawmakers could decide to use a different legislative vehicle to move an extension forward more quickly.

Rail operators have warned that they could begin notifying customers of possible service suspensions as early as the end of October.